Appliqué in the shape of the head of Silenus, 1st century AD, Crkvine in Konarevo near Kraljevo 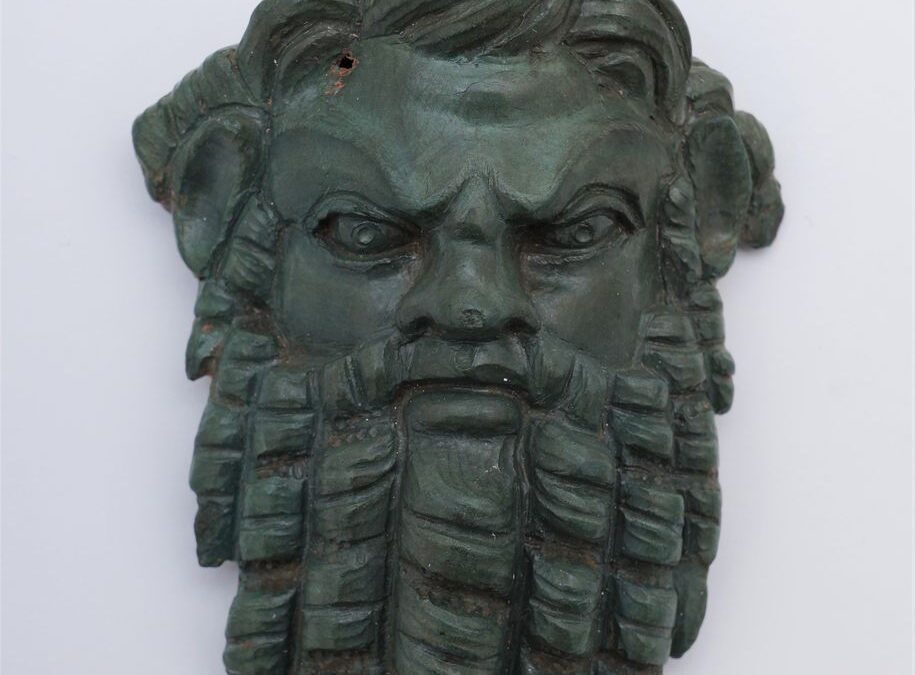 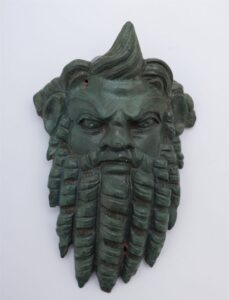 The application in the shape of Silenus head was found at the Crkvine site in Konarevo, as an accidental find, and it reached the National Museum in Kraljevo as a gift. Archaeological data after the research of the site indicated the existence of traces of prehistory and the early Roman period, to which the find belongs. The appliqué shows the figure of a mature man, a broad face framed by lush hair and a beard. The piercing eyes are under accentuated and joined eyebrows and give off an angry facial expression. The hair is plastically modeled so that the central curl is raised and resembles a horn, while the sides have wavy strands and animal ears. The high quality of workmanship indicates that the application originated from the Apennine workshops or Romanized provinces in the southern Balkans, and dates to the end of the 1st century BC and 1s century AD. Silenus is an ancient deity of a lower order, a demon of nature and fertility, who belongs to the cult of Dionysus. His play, especially this one in the form of an angry face, was used for the purpose of protecting and repelling evil and misfortune.