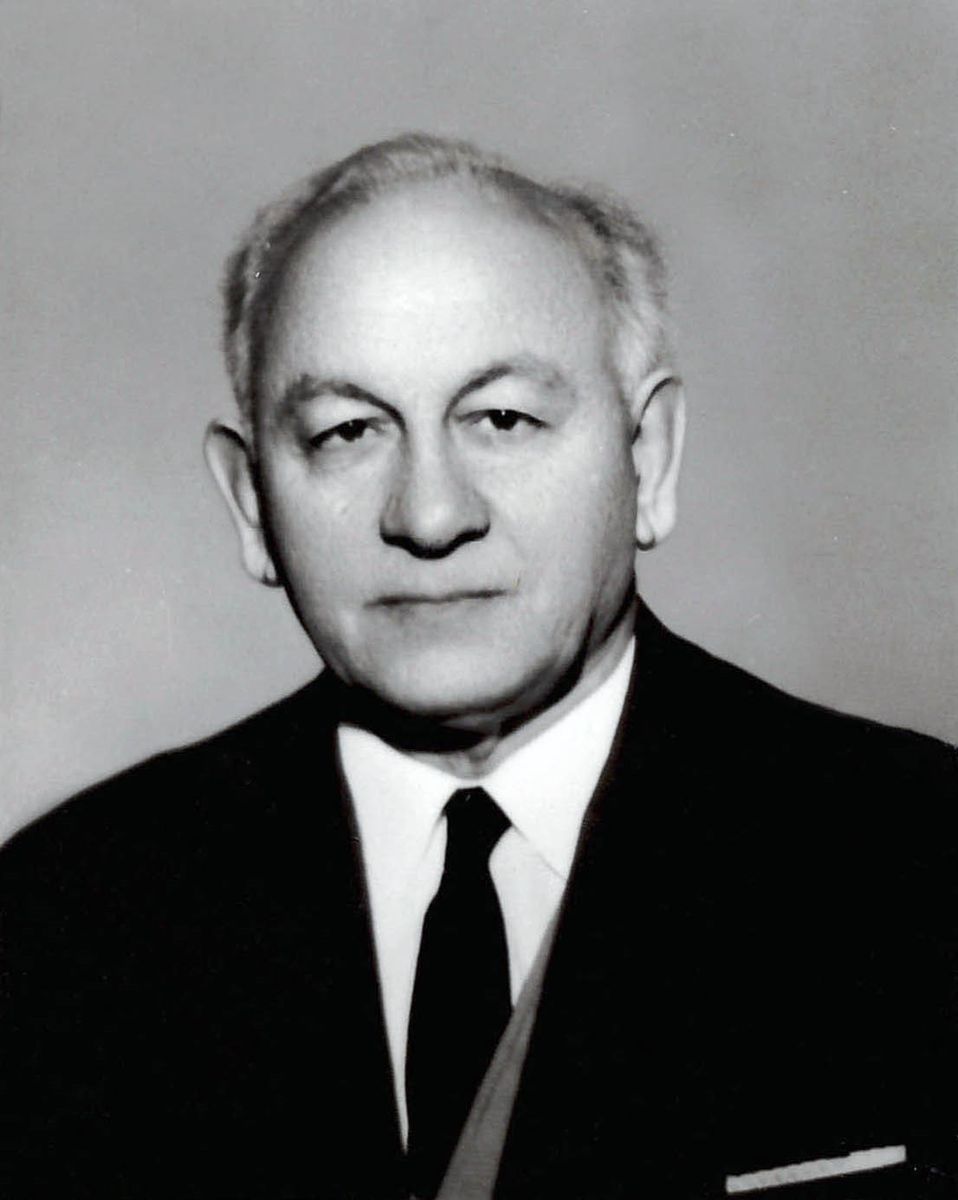 He was born on August 17th, 1903 in the village of Čukojevac, near Kraljevo, as one of nine children in the family of the archpriest Svetislav Jović and Dafina, daughter of the respectable priest Vladimir Popović, member of the court of the Žiča Diocese in Kraljevo. He went to primary school in Mrčajevci. In 1959, he graduated from the Faculty of Philosophy in Belgrade, at which he studied pedagogy.

He worked as a teacher in a lot of schools in Kraljevo and its surroundings. As a versatile person, he left traces in different fields of science and culture. He patented a dual teaching aid: “Yugoslav Abacus” with “Practical Alphabet”. He also published “The Strategy Map of the Battle of Kosovo”. He was a contributor to the newspaper “Pravda” (Justice), where he wrote for the culture-education column. He also distinguished himself in the field of dramaturgy, as an author of several plays, mostly one-act plays. His contribution to the cultural scene of Kraljevo is priceless. Upon the end of the Second World War, he participated in the renewal of activity of the Cultural-Artistic Society “Abrašević”.

However, the greatest success of teacher Jović is certainly his role in the founding of the National Museum in Kraljevo. He was a member of the initiative boards for founding the Museum both in 1942 and 1948, i.e. the main inspirer and author of the programme vision of the institution. When the National Museum Kraljevo was founded in 1950, Milorad Jović became its first director and, by his work, placed strong foundations for the establishment and development of the heritage museum of complex type. He was tireless in collecting objects and creating the first museum collections. His pronounced organisational skills helped him to establish a network of associates in the field, among which teachers were most numerous. He was the author of the first museum exhibitions on the National Liberation War, Balkan Wars and World War I, as well an exhibition on the First Serbian Uprising, which was held in 1954. His commitment marked the first decade of operation of the institution. His retirement in 1960 was sudden. He died on June 21st, 1970, in Belgrade. 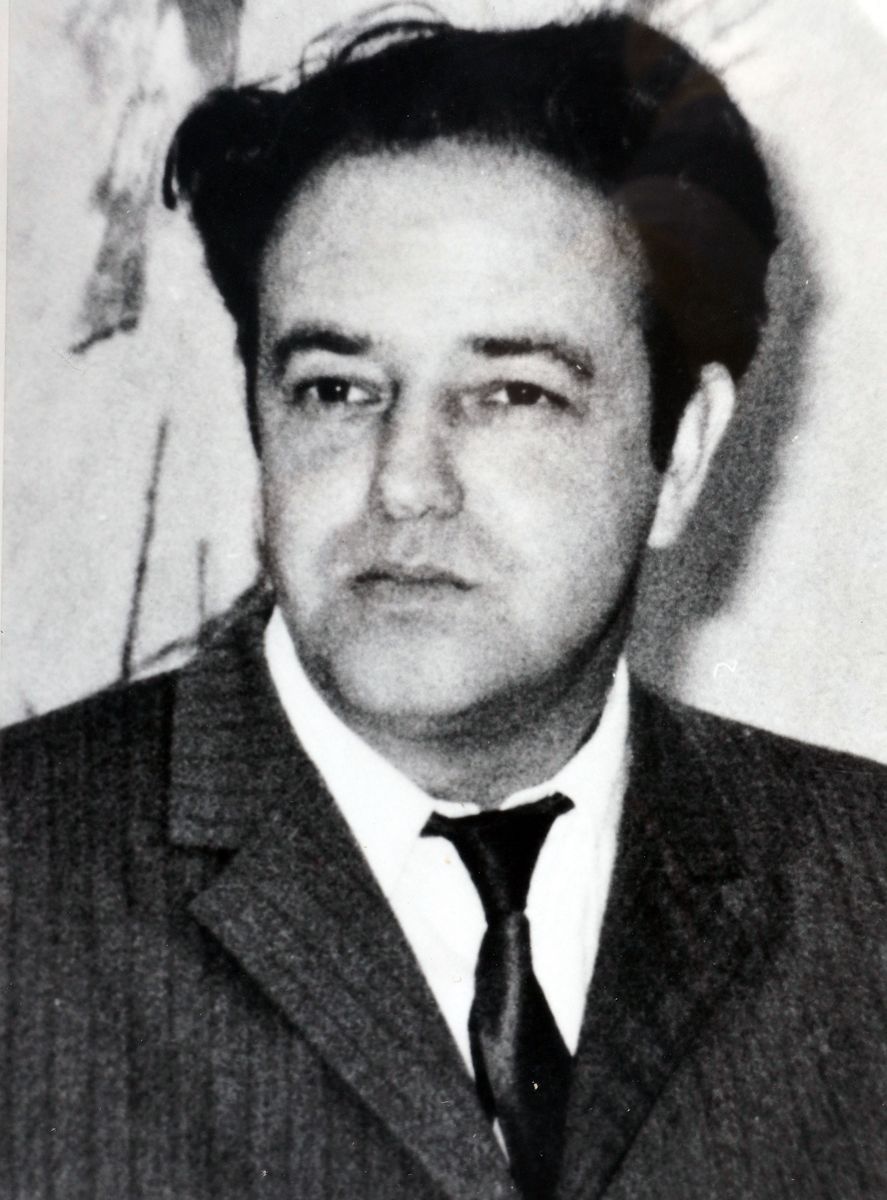 He was born on March 27th, 1936 in Belgrade, to the family of Radivoje and Poleksija Stamenović. He attended primary school and the Grammar School in Kraljevo. In 1962, he graduated from the Faculty of Philosophy of the University of Belgrade earning a degree in history and the same year he started work in the National Museum Kraljevo, as the first curator (from 1986 as a senior curator) of the Historical Department. In 1965 he became director of the institution and remained at that position until 1979. He promoted museological work, strengthened the Museum by employing new staff and marked, by his work, the second stage of development of this institution.

In his research work, he dealt with contemporary history, development of prewar labour movement, World War II, especially shooting in Kraljevo in October 1941, as well as postwar development of Kraljevo and its surroundings. He was the author of numerous exhibitions in the fields he dealt with. In two election periods, he was the president of the Managing Board of the Fund for the Construction of the Memorial Park, when the largest part of the project was realised. He also actively participated in the creation of the programme of .

He worked on the plan of promotion of museological profession and its affirmation and actively cooperated with the Serbian Museum Association and the Union of Serbian Museums. His versatile professional and organisational work made the Kraljevo Museum a significant cultural institution. During his term of office, the National Museum Kraljevo received a series of recognitions: Charter of the Museum of Pedagogy of SR Serbia, Charter of the National Museum in Belgrade, Certificate of Appreciation of the Institute for Protection of Cultural Monuments in Kraljevo and the November Award of the Cultural and Educational Community. 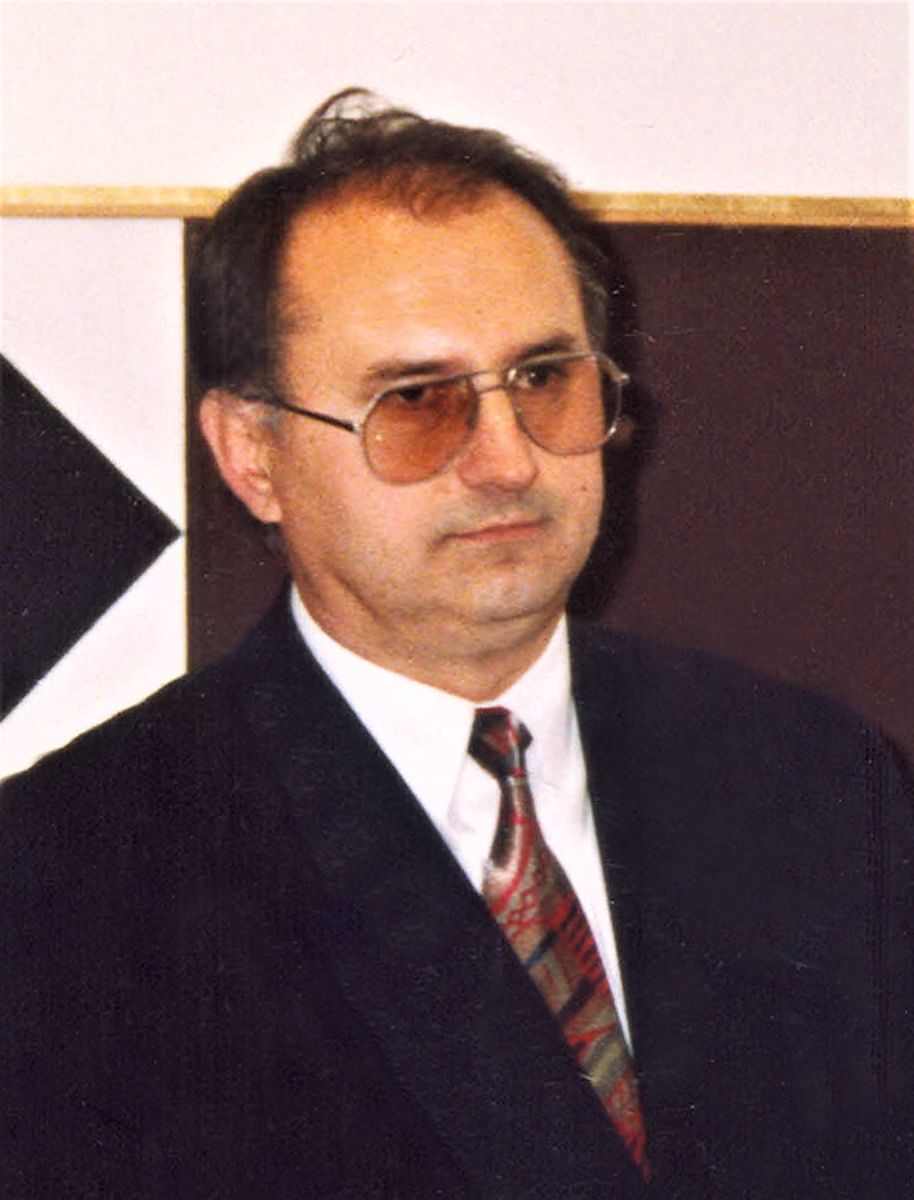 He was born on January 31st, 1947 in Ratina near Kraljevo, to the family of Radovan and Gvozdena Mihailović. He attended primary school and the Grammar School in Kraljevo. In 1971, he graduated from the Faculty of Philosophy of the University of Belgrade earning a degree in art history. As a senior undergraduate, in 1970, he started work in the museum in Kruševac. On February 16th, 1973, he moved to the National Museum Kraljevo, where he worked until his unexpected death on September 20th, 1995.

With the coming of Milorad Mihailović to the position of curator (from 1986 senior curator) of the Art Collection, the fruitful and rich activity of this department commenced. Mihailović was a person of exceptional energy, expertise and knowledge. He firstly worked on increasing the collection with extremely valuable works and legacies and processing the complete art holdings. But, on the other hand, he understood his mission of art historian much more broadly, so that he made an inventory and completely professionally processed all important collections outside the Museum, on a wider territory of Kraljevo.

His contribution to the development of artistic life in Kraljevo is particularly important. He launched several annual art exhibitions, and the extreme dynamics of exhibition activities made the Kraljevo museum an important centre of the Serbian art scene. He paid special attention to the investigation of the terrain around Kraljevo, collecting valuable data for art history and mediaeval history. He published a series of papers in professional journals.

He was appointed director on July 1st, 1979, so that his existing responsibilities were added by the management of the National Museum in Kraljevo, which revealed his outstanding organisational skills. What was crucial for the future of the museum was his engagement in obtaining the old school building as well as the completion of the first phase of revitalisation of the facility into an appropriate museum building.

His most important initiatives include the renewal of the journal “Naša prošlost” (Our Past), which was initially published during the 1960s and 1970s by the Historical Archives in Kraljevo. The National Museum Kraljevo became the co-editor of “Our Past”. In the period from 1986 to 1992, five volumes (1 – 5) were published under his editorship.

He was one of the initiators and organisers of two large international scientific conferences in 1995 (“Saint Sava in History and Tradition” and “Žiča, History, Art”), which crowned his career.

Milorad Mihailović died suddenly on September 20th, 1995, at the age of 48. In 1995, the City of Kraljevo posthumously granted him the , which had been established as a recognition for special and great contribution in the cultural and public life of Kraljevo. 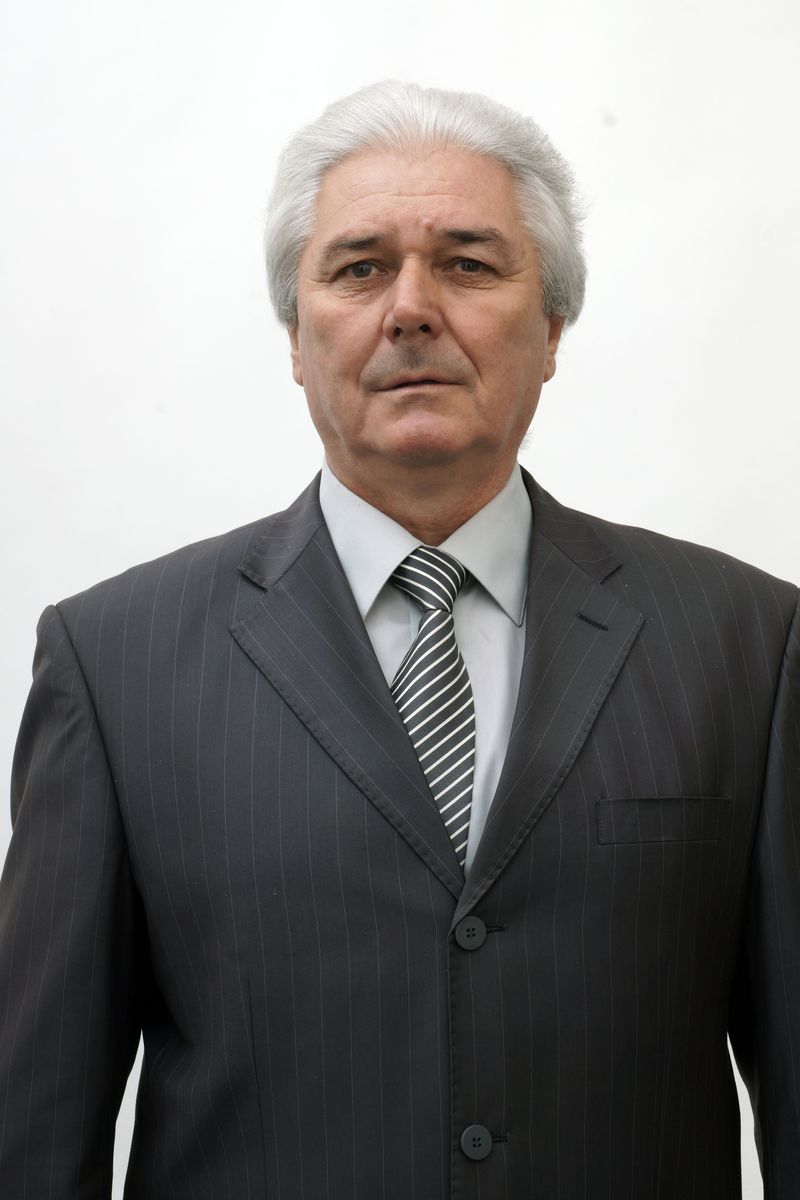 He was born on September 19th, 1954, to the family of Milutin and Danica, in Vrnjačka Banja, where he attended primary school and the Grammar School. In 1979, he graduated from the Faculty of Philosophy of the University of Belgrade earning a degree in history. Immediately after graduation, he got employed in the Historical Archives in Kraljevo, where he worked as an archivist until 1986. Then he moved to the National Museum in Kraljevo (1987), where he was employed as the curator of the Historical Collection for the period of history up to 1918. He worked at this position until 2019 (he acquired the title of senior curator in 1995, and the title of museum advisor in 2003).

As a researcher, he dealt, on the one hand, with the topics from the social history of Kraljevo, such as development of urban planning, history of schools, health institutions, city administration and industry. He particularly dealt with the research on the history of photography in Kraljevo and the study of a big collection of old photographs and postcards, which ultimately led to the creation of a large monograph “Kraljevo from a Small Town to a City” (2016), which synthesises these research activities and in which over 650 photographs and postcards related to Kraljevo, which belong to the Historical Collection of the National Museum Kraljevo, were published.

On the other hand, he worked on the history of the First and Second World Wars in the context of Kraljevo and published a series of papers in professional journals and exhibition catalogues. He is the author or coauthor of more than 20 exhibitions on the history of Kraljevo, Mataruška Banja and Vrnjačka Banja.

Upon the death of Milorad Mihailović, he assumed management of the National Museum Kraljevo in continuity, with small interruptions (1995-1996 acting director; 1997-2008; 2009-2010; 2010-2017 director). He led the second phase of works on the adaptation of the old museum building into the museum space (first floor, attic, façade, connection to the heating line), until its completion. He renewed the publishing of journal “Our Past” in 2005, was one of its editors and enabled continuous publishing of its next 10 volumes. He organised several scientific conferences (“Rudo Polje – Karanovac – Kraljevo”, 1997; Round table “Kraljevo in October 1941”, 2003; “Kraljevo – Rankovićevo – Kraljevo”, 2015). He was a member of editorial boards of several significant publications, before all proceedings of scientific conferences (Proceedings of scientific conferences: ; ; ; ), as well as the editor of several individual monographs on the history of Kraljevo, including the launching of the series “Documents”.

He worked on establishing and fostering cooperation and common programmes with numerous cultural and scientific institutions through scientific conferences, round tables, workshops and exhibitions. He managed a complex job of preparation of the new permanent exhibition, to which the Serbian Museum Association granted its most prestigious award “Mihailo Valtrović”. He gave a great contribution to the cooperation with Dr Olivera Čolović-Radojković in the process of receiving her legacy – a house with its household items and art collection – under the ownership of the National Museum Kraljevo. After her death, he made great efforts to have the house adapted and opened as a legacy in 2016.

He participated in numerous radio and TV programmes with local and national frequencies; published a series of historiographical contributions in newspapers; worked as an associate in a number of documentary films, out of which two were produced by the National Museum Kraljevo. He actively participated for years in the organisation of cultural manifestations in the city: “14 October“, Žiča Spiritual Assembly “The Days of Transfiguration”; Kraljevdan (King’s Day) – the Name Day of the City of Kraljevo, etc. He organised a lot of forums, book promotions and concerts, professional conferences, meetings of generations in the Gallery of the National Museum Kraljevo

Under his management, the National Museum Kraljevo was transformed into a modern and dynamic institution. He won the of the City of Kraljevo for 2004, which is granted as a recognition for special and great contribution in the cultural and public life of Kraljevo, as well as the , on the occasion of acquisition of the bequest of Duke Radomir Putnik, in 2009. For his overall work, he received the award “Mihailo Valtrović” for life achievement, granted by the Serbian Museum Association as the greatest recognition in the museum activities (2017), as well as , granted by the Cultural-Educational Community of Serbia (2018). He is an honorary member of the