Accession to the Throne of Milan M. Obrenović IV 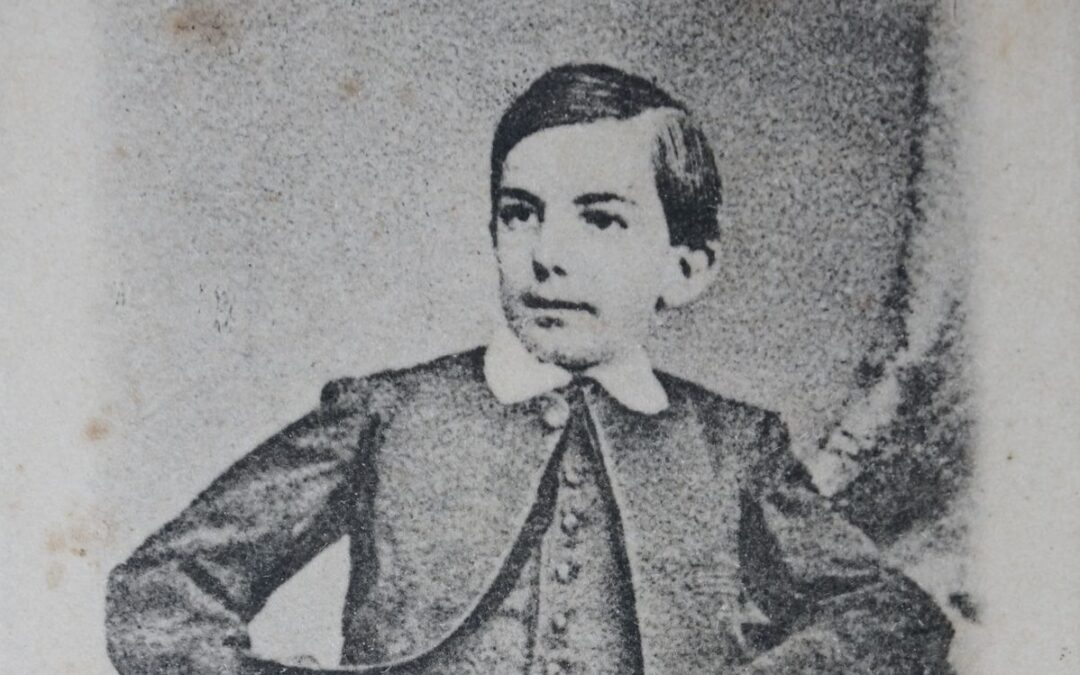 The year 2022 is the year of the jubilee, when we mark 140 years since Serbia was proclaimed a kingdom, and when our city got its current name, Kraljevo. Therefore, during the year, we will talk about the life and reign of the prince, and the later king, Milan M. Obrenović IV, the main actor in these historical events. His destiny is marked by contradictions, the destiny of the ruler during the time when Serbia gained independence and territorial expansion, a statesman first attached to the Russian Empire, and then a consistent austrophile. Sovereign who ruled the country in two wars of liberation and one war of conquest, autocrat limited by the Constitution of 1869, and, on the other hand, the initiator of the liberal constitutional reform of 1888, and, finally, a man who was not devoid of hatred, passion, intemperance, and mistakes on a personal level. In the coming months, in several texts, and based on relevant literature, we will try to bring readers closer to the life and personality of the first modern king of Serbia.

Milan Obrenović was born on August 10th, according to the old calendar, and on August 22nd, according to the new calendar, in 1854 in the Romanian city of Mereştesti. Milan’s father Miloš Obrenović is the son of Jevrem, the brother of Prince Miloš Obrenović, and his mother Maria belongs to the Romanian boyar family Catargiu. At the baptism, the godfather was the old prince Miloš, who named the child Milan in memory of his brother, the Duke of Rudnik, and his eldest son, who died young.

Milan Obrenović’s father, Miloš, graduated from the war school in Berlin and was an officer in the Prussian army for some time. He died of tuberculosis in 1860. Milan’s mother, Maria Catargiu, famous for her beauty, grace, and lively spirit, broke up with Milan’s father immediately after the birth of her son. Later, her relationship with the colonel, and later the Romanian prince Alexander Ioan I Cusa, with whom she had two illegitimate sons, was a scandalous, public secret. Milan Obrenović spent the first years of his life at the court of the Romanian prince in Iasi.

Considering that Maria Catargiu is not capable of raising her own son properly, the tutor of Milan became Prince Mihailo Obrenović III. According to Slobodan Jovanović, Milan was raised in Wallachia as a spoiled and neglected boyar child, who learned almost nothing and whose physical and spiritual and moral upbringing was neglected. When Milan turned nine, Prince Mihailo took him from his mother and sent him to Paris to raise him. The French writer Hiet, a former professor at the University of Ghana in Belgium, became the educator of the underage boy. Under Hiet’s watchful attention, Milan progressed. The educators’ reports in Paris spoke of Milan’s sincerity, simplicity, and even naivety. He understood quickly, remembered well, was characterized by clarity and wit, but without the ability to collect constant attention. He was not of a bad character, but he was timid, and his rage was strong but short. In the fall of 1867, Milan began attending the Lycée Louis the Great in Paris. As an orderly student, he managed to stand out and excel in the German language and other subjects.

Milan Obrenović’s schooling in France was interrupted by the assassination of Prince Mihailo in Topčider Park and its immediate consequences. Namely, on May 29th / June 9th, 1868, a group of conspirators, gathered by Pavle Radovanović, a Belgrade lawyer, killed Prince Mihailo. The conspirators’ plan to seize power by coup was thwarted by the fact that the army and police were put on alert at the news of the assassination. The Law on the Inheritance of the Throne from 1859 stated that, after the death of Prince Miloš Obrenović, the throne would be inherited by his only remaining official male descendant, Mihailo. As Prince Mihailo did not have a child married to Princess Julia Hunyadi, and Mihailo’s illegitimate son, Velibor Teodorović, could not be considered the legal heir, and as the Law of 1859 did not provide for a decisive decision on whether it extends to the side lines of Miloš’s brothers, Jevrem and John, after the murder on Topčider, the question of the inheritance of the throne was opened.

At the extraordinary ministerial session, on May 29th / June 9th, 1868, it was decided that after the assassination of the prince, the throne should be considered vacant and that it was necessary to convene the Grand National Assembly, which would elect a new prince. Until the election, the government would be a temporary Regency composed of the President of the State Council, Jovan Marinović, the Minister of Justice, Rajko Lešjanin, and the President of the Court of Cassation, Đorđe Petrović. The decisions of the government were in accordance with the regulations of the Law on Inheritance of the Throne from 1859 and the Law on the National Assembly from 1861.

The autocratic regime of Prince Mihailo showed signs of fatigue and disunity a few years before his death. The main reason for the divisions among the prince’s closest associates was the question of Mihailo’s marriage to Katarina Konstantinović, the granddaughter of Jevrem Obrenović, and, therefore, the prince’s sister. The division of influential politicians into the group of Ilija Garašinin, which was against the marriage, and the group of Milivoj Petrović Blaznavac, which advocated for the marriage, meant that after the assassination of the prince, the struggle for supremacy began. Government decision of May 29th / June 10th, 1868 was inspired by the work of Ilija Garašanin, but the current success quickly overshadowed the arrival of Blaznavac, who was then Minister of War, May 30th / June 11th in the barracks of the Belgrade garrison. After the agreement with the officers, Blaznavac issued an proclamation ordering the army to support Mihailo’s name firmly and heroically and to designate Milan Obrenović as the prince, which the troops of the Belgrade garrison did. Blaznavac became the master of the situation with the fact that he had an army with him, and with the following moves, an agreement with supporters of the Obrenović dynasty and representatives of the liberal opposition, accusations that the murder was inspired by members of the Karađorđević family, gaining the support Interior Minister Nikola Hristić and Austro-Hungarian diplomacy, he defeated Garašanin’s group politically.

Milan Obrenović in June 11th / June 23rd, 1868, accompanied by Jovan Ristić, arrived in Belgrade for the first time and set foot on Serbian soil. He was solemnly welcomed by Milivoje Petrović Blaznavac, with an army lined up and cannon fire. The regent and the government did not take part in the solemn reception of the young prince, but they met and agreed with him and already treated him as a legitimate ruler. It is increasingly said in public that the Great National Assembly no longer has the task of electing a new prince, but only to proclaim him and elect regents. Blaznavac did not leave things to chance, he influenced the force of the police, which Nikola Hristić was holding in the elections for the Assembly with an iron fist, and the presence of representatives of the People’s Army at its session was announced two days before the opening of the Assembly. Such a Great National Assembly, pressed by the army, on June 21st / July 2nd, 1868, determined Milan Obrenović’s hereditary right to the Serbian throne and elected regents according to Blaznavac’s plan: Blaznavac himself, Jovan Ristić and Jovan Gavrilović. The reign of Milan M. Obrenovića IV, although in the shadow of the regency, began.