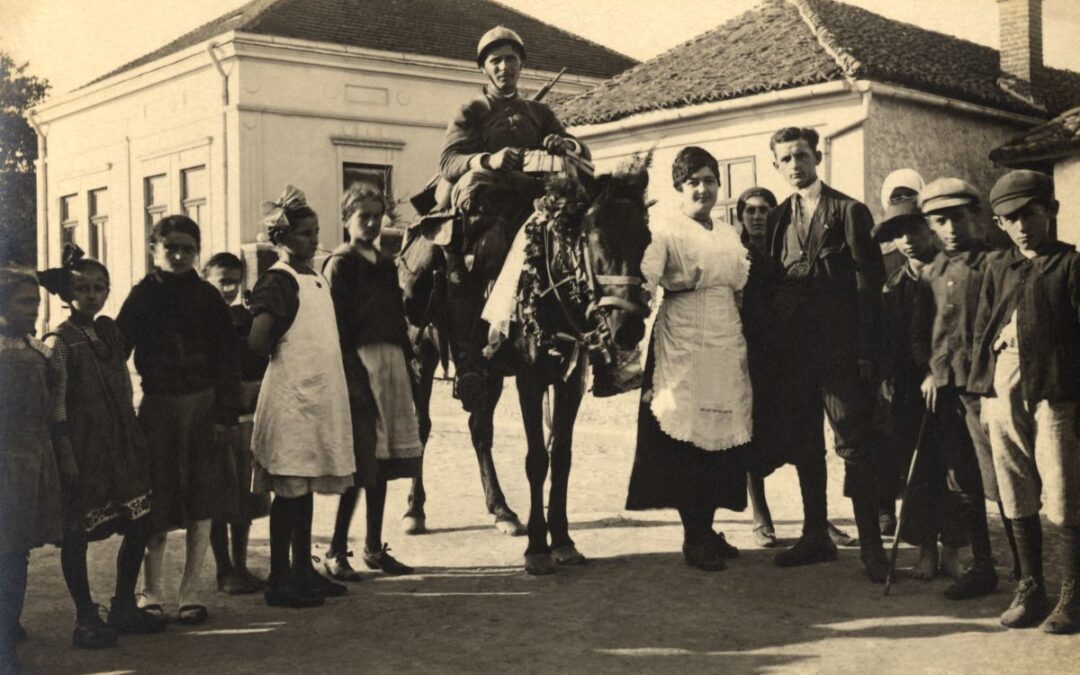 The existence, starting from the last decades of the 19th century, of two opposing political blocs of the Great Powers in Europe, their conflicting interests, which were indicated by frequent diplomatic crises, are the main reasons that led to the First World War or the Great War. In the area of the Balkans, the imperial interests of Austria-Hungary were hindered by the Kingdom of Serbia, which, with its attempts to achieve its national goals, stood in the way of the Eastern Penetration policy of its powerful north-western neighbour. The pressure of the Habsburg monarchy was constant in the first decade of the 7th century and it became obvious that official Vienna could not establish its position in the east without establishing its influence in Belgrade.

Austria-Hungary used the Sarajevo assassination as an occasion to implement its pre-prepared war plans for a military showdown with Serbia. War was declared on July 28th, 1914, and with the involvement of the Great Powers, the armed conflict turned first into a European and then a world war. Faced with the attack of a powerful neighbouring empire, Serbia tied itself to the Entente powers, France, Great Britain, and the Russian Empire.

The task of defending the long and hard-won independence was given to the army of the Kingdom of Serbia, which in the first year of the war won two great victories, at Cer and Kolubara, against a superior enemy. Only with the involvement of the German and Bulgarian armies in the fall of 1915 and before a combined joint attack, the Serbian army, weakened by a typhus epidemic and lack of ammunition, was forced to retreat south, towards Kosovo and Skopje. By the Bulgarian advance towards Skopje, Serbia was cut off from Greece, so the Supreme Command decided that the army would retreat towards the Adriatic coast in two directions: through Montenegro and through northern Albania. The Kingdom of Serbia was occupied but did not capitulate. The Serbian army with the king, the government, the National Assembly, and part of the civilians is retreating towards the Adriatic Sea through the snow-covered passes of Albania. The evacuation of the Serbian army from the Albanian coast to the island of Corfu, only after the ultimatum of the Russian Emperor Nicholas II Romanov, was carried out by allied, mainly French, ships. Many Serbian soldiers died of hunger and exhaustion – they were buried on the island of Vido as well as in the “The Blue Sea Tomb” immortalized by the poet Milutin Bojić.

After the recovery and reorganization in Corfu, the Serbian army was transferred to the vicinity of Thessaloniki, where the Thessaloniki Front was formed, where Bulgarian and German troops faced the combined French, British, Italian, and Serbian forces. The Thessaloniki front stretched from the Orphan Bay in the east to the Ohrid Lake in the west in a length of about 450 km. After the bloody battles and victories of the Allies near Gorničevo and Kajmakčalan, the front stabilized from December 1916 to autumn 1918 and switched to exhausting trench warfare. Although the Allies considered Thessaloniki a “secondary front” and even advocated its abolition, the Serbian government and the Supreme Command persistently sought to maintain it. With the appointment of the French general Française d’Eperet as the supreme commander of the combined armies on the Thessaloniki front, greater attention is paid to this battlefield. The German-Bulgarian defence lines were broken through on September 15th, 1918, by the decisive attack of the allied troops. Faced with a military defeat, Bulgaria signed the capitulation on September 29th. The situation on the battlefields led to the capitulation of the Ottoman Empire on October 30th, 1918, and the Habsburg Monarchy on November 3rd of the same year. Finally, on November 11th, 1918, the armistice between the Allies and the German Empress was signed in the railway carriage of French Marshal Ferdinand Foch in the city of Compiègne. The capitulation of the German Empire ended the First World War, or the Great War, which brought, until then, unprecedented destruction and human sacrifice.

Our city, Kraljevo, was under the occupation of enemy troops from November 1915 until October 22nd, 1918. During that day, the Austro-Hungarian troops retreated to the left bank of the Ibar, left Kraljevo and headed for Gornji Milanovac and Čačak. On October 22nd, 1918, around 7:00 p.m., the cavalry patrol of Captain Jevtović from the Scout Squadron of the Third Cavalry Regiment of the Cavalry Division of the First Army entered Kraljevo after running over Ibar. Kraljevo was, after almost three years, free again.