Between Abroad and the Kingdom of Serbia 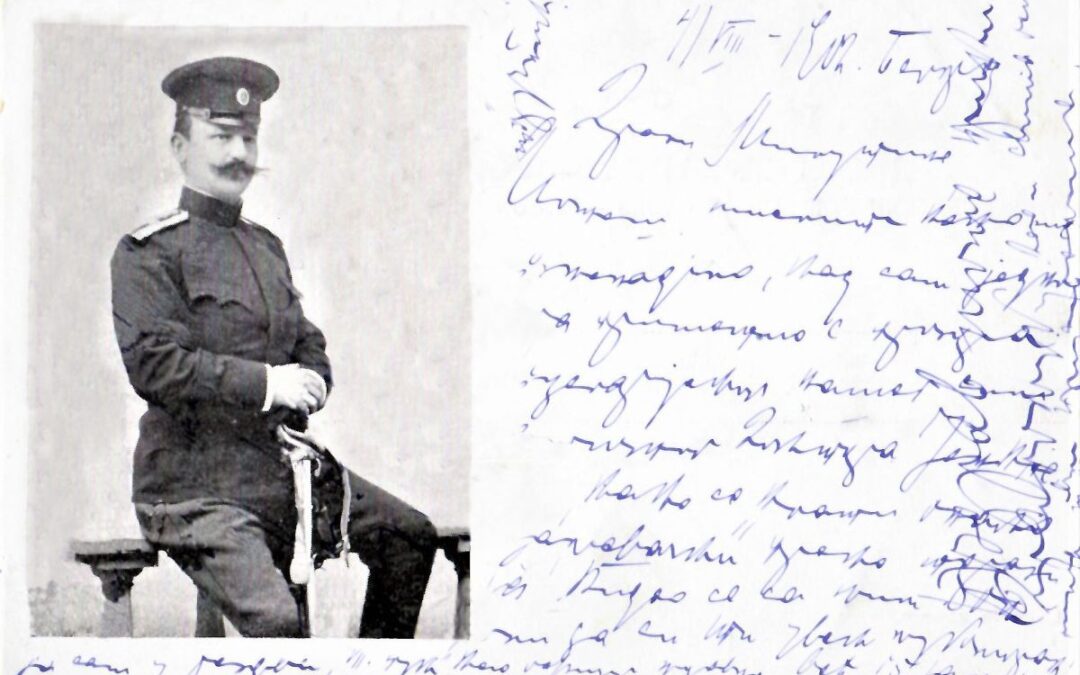 King Milan’s return to Serbia on January 21st, 1894 was conditioned, first of all, by his need to improve his difficult financial situation, but also by his hatred for the radical party, and his love for his son, whose position he wanted to strengthen. Sava Grujić’s government immediately resigned, and the failed negotiations of the ruler with the radical champions were a prelude to the formation of several neutral governments, which did not include, at least not to a large extent, the representatives of the three Serbian political parties. The short administration of Đorđe Simić was replaced in April 1894 by the cabinet of Svetomir Nikolajević, and later, in October of the same year, by the government of Nikola Hristić. Even though the former king was attacked by the radical press and Russian diplomacy felt resentful of his return, Milan continued to reside in Belgrade and appeared with his son at state ceremonies in a colonel’s uniform. One of the first acts of Nikolajević’s government was the decree on the repeal, at the end of April, of the law on the exile of the former royal couple, Natalie and Milan. While the queen’s exile ended with the coming of age of King Alexander, the law on King Milan could not be annulled by a simple decree. It is an open question whether the courts will consider the decree or the law. The Court of Cassation had the last word on the matter, which on May 17th, 1894 made the only possible decision: that the law on the exile of King Milan cannot be repealed by decree. In such a tense situation, the news about the conspiracy against King Alexander, which was allegedly led by the royal industrialist Mihailo Čebinac, echoed. The young king’s response to the unpleasant situation he found himself in was a coup d’état on May 21st, which abolished the Constitution of 1888 and reinstated the Constitution of 1869. Without the help and cooperation of Milan Obrenović, such a coup would not have been possible. Despite all the faults and vices, failures and scandals, the former king still had a strong foothold in the army, keen insight, and ability, and was an extraordinary force in politics. The fear he caused in the audience made the coup d’état pass without resistance.

Although after the coup Milan Obrenović strengthened the position of his son Aleksandar and restored his lost authority, his reputation soon suffered a significant blow. During Serbian diplomatic action in the Ottoman Empire in June 1894 and King Alexander’s visit to Constantinople, public opinion was buzzing about the letters that Artemisia Hristić used to blackmail the former king. In them, the former king recognized George as his child, and Artemisia threatened to publish them if she was not given the money to raise her son as a pretender to the throne. Milan Obrenović was saved by Sultan Abdul Hamid, who ordered the disputed letters to be confiscated. Although this delicate problem was solved happily for the former ruler, the audience looked at him as the main culprit for the fact that schools and bishoprics were not obtained in Macedonia. This was followed by the decision of the newly elected convocation of the National Assembly in May 1895 to grant Milan Obrenović an appanage of 360,000 dinars in gold. It seemed that for the sake of solving the difficult financial situation of the former king, there were changes in order and a coup d’état.

The pressure of public opinion, the actions of internal and external opposition could not disturb the position of Milan Obrenović in the Kingdom. However, the growing disagreement between father and son in the realm of politics, and the struggle between the former royal couple for influence over the young Alexander, could have done so. Namely, Aleksandar’s original admiration for his father as a capable politician began to erode distrust. There was also an insurmountable difference in their characters and temperaments. All of this caused Alexander to turn towards his mother, which was especially awkward for Milan Obrenović. The success of the queen’s plans facilitated the rapprochement between Draga Mašin and Alexander Obrenović. As the young king wanted to have his companion by his side, Natalie had to be persuaded to move to Belgrade. She caused it by removing her ex-husband from. Alexander Obrenović used the denial of support for the conversion of national debts, in which his father was personally interested, to make the former ruler so angry that, after stormy explanations from the two kings, the elder, in the first days of May 1895, voluntarily left the country. From this moment until the fall of 1897, the young Serbian sovereign was under the direct influence of Queen Natalie.

Milan Obrenović, who left the Kingdom in anger, changed his mind as soon as he was informed that Queen Natalie had returned to Belgrade. The former ruler demanded from the newly established government of Stojan Novaković to allow him to return to Serbia and threatened that, if this was not granted, he would resign from the royal house and Serbian citizenship. The meeting of father and son in Switzerland in August 1895 somewhat calmed the former king and a scandal was avoided. However, Milan did not stop grumbling. In December 1895, the inhabitants of Niš invited the former king to attend the celebration of the liberation of their city. Milan Obrenović used it to publish everything about his fate as an innocent exile.

The former king constantly fought against Novaković’s cabinet, which did not allow him to return to Serbia. During a meeting with his son in Austria in December 1896, Milan said that official Vienna was dissatisfied with the government and convinced him of the need to yield to the neighbouring monarchy. At the end of 1896, Novaković’s cabinet resigned and the government of Đorđe Simić was established. One of the key questions before the new ministers was the question of King Milan. The former ruler had a hard time enduring persecution and beatings from hotel to hotel, Queen Natalie’s stay in Serbia bothered him and he wanted to once again have political weight in the country he once governed. Milan threatened to reveal scandalous information about Queen Natalie. In order to prevent marriage, King Alexander invited his father to spend the Christmas holidays in Serbia. After eighteen months, Milan Obrenović spent a month in the Kingdom, with the opposition of the Simić government. The former king worked wholeheartedly against the aforementioned cabinet. In February, he tried to separate the minister of the military, Mišković, from the government. In April, at a meeting in Vienna with King Alexander and Đorđe Simić, he accused the latter of being against the ruling dynasty. King Alexander’s trust in Simić’s cabinet gradually declined, especially in matters of foreign policy. On the other hand, the influence of Milan Obrenović on his son is becoming greater, which was confirmed by their joint trip, in July 1897, to Carlsbad for treatment. The former king managed to convince Alexander of the need to change Simić’s government and take a new course in internal and foreign policy. In October 1897, Draga Mašin stepped down from the service of Queen Natalie, which meant the final end of her mother’s influence on the young Serbian ruler. According to an earlier agreement, Milan and Alexander arrived in Belgrade on October 19th, 1897, which caused the fall of Simić’s government. Just four days later, a new neutral cabinet of Vladan Đorđević and a special regime were formed, where two kings set the tone.

Reconciliation between young Alexander and his father implied a return to politics in which the administration of the state is led by the ruler personally, without cooperation with political parties, which almost did not exist. The ministers, picked from all sides and without internal unity, loyal to the court and not to the party committee, become more secretaries of the king than members of the government. The People’s Representative Office, elected under the watchful eye of the police and directed by Alexander Obrenović, is turning into a simple machine for passing laws. In terms of foreign policy, the return of the former king brought about the deterioration of relations with Russia and somewhat more tolerable contacts with Austria-Hungary. In the domain of internal politics, the regime was strict, but there was a secret dissatisfaction among the people. Vladan Đorđević, a famous military doctor, politician and diplomat, loyal, above all, to King Milan, seemed to be the ideal prime minister who would implement the commands and instructions of the ruler. The cabinet organized in this way and the established regime will be maintained for almost the next three years. One of the first and most important acts of the new cabinet was the decree for Christmas Day 1898, establishing the command of the active army and declaring Milan Obrenović as the commander. Father and son become practically rulers, where the young king keeps the civil administration for himself and transfers the military to the elder. It was no longer easy to drive Milan into exile and relying on the army seemed to ensure the durability of the new regime.

Milan Obrenović as the Commander of the Active Army

Milan Obrenović seemed to be fed up with wandering around the world. He was no longer in debt and seemed to have calmed down. More serious and gloomier, certainly older, he was ready to tackle some important state job. Appointed commander of the active army, he was given unlimited powers, even though he was not a soldier by training. Surprisingly, he became more valuable, and went to the command which was located in the city of Belgrade every day and distinguished himself in the military administration, according to Slobodan Jovanović, by his determination of outlook and decisiveness of execution. He devoted himself zealously to his work and this influenced the officers, who looked up to the former king. Milan was a beloved elder and had a loyal army with him, who were ready to make feats and sacrifices in his name.

The former king introduced significant changes to the Serbian army. The number of permanent staff regiments was increased, the officer staff was rejuvenated and multiplied, more attention was paid to military exercises and manoeuvres, the construction of military buildings began, modern weapons, small-caliber multi-shot rifles and position guns were ordered. All the reforms of the king significantly burdened the proverbially empty state treasury. Only the strength of his authority influenced the fact that the military budget was not discussed at the sessions of the government and the National Assembly, but that it was adopted without changes. As the commander of the active army, Milan Obrenović did not get lost in details and formalities, but, being perceptive, tied his work to the biggest issues and needs that he tried to resolve decisively and focused. The former king’s activities laid the foundation for the glorious Serbian victories in the Balkan Wars and the First World War.