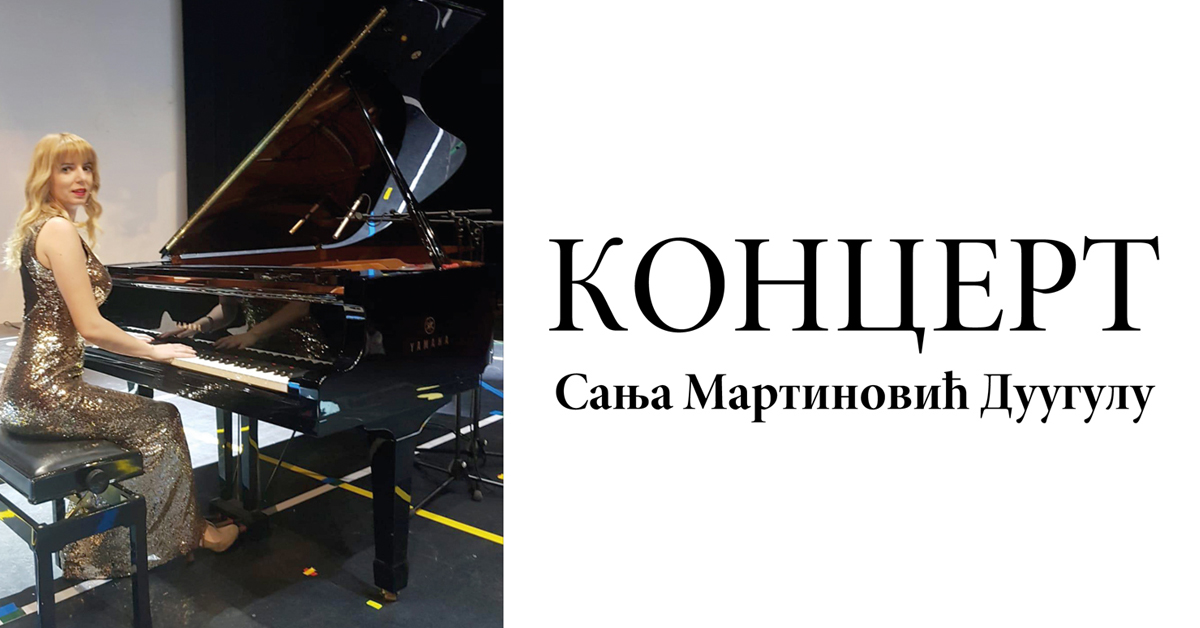 Sanja Martinović Duygulu, a native of Vrnjačka Banja, after graduating from the Music School “Stevan Mokranjac” in Kraljevo, enrolled in the Piano Department at the Music Academy of the University of East Sarajevo, where she graduated in 2013 in the class of prof. Zoran Jančić, and in 2015 master studies in the class of prof. Biljana Gorunović. She received four commendations from the Academy of Music in East Sarajevo for the success she achieved during her studies. She was also a scholarship holder of the Government of the Republic of Serbia for the achieved results and the winner of the award of the municipality of Vrnjačka Banja, for successes during schooling. She is active as a performer (solo piano, piano duo, chamber music), accompanist and pedagogue. As a performer, she has won 15 awards at national and international competitions and has a rich concert activity, and as an accompanist she has participated in various festivals, solo concerts, events, promotions, guest appearances. So far, she has performed in Serbia, Bosnia and Herzegovina, Croatia, Montenegro and Turkey. Within various masterclass programs and concert activities, she has collaborated with musicians from Serbia, Bosnia and Herzegovina, Croatia, Montenegro, America, the Czech Republic, Russia, Turkey, and Israel. She is the winner of the award for pedagogical contribution at piano competitions, and her students have won 12 awards in the disciplines of solo piano, piano duo and chamber music at national and international competitions. In the period from 2011-2014, she was a member of the chamber Trio “San”, with which she performed in Bosnia and Herzegovina, Serbia and Croatia and won awards at international competitions, including one Laureate category. Since 2018, he has been living and working in Istanbul, Republic of Turkey.