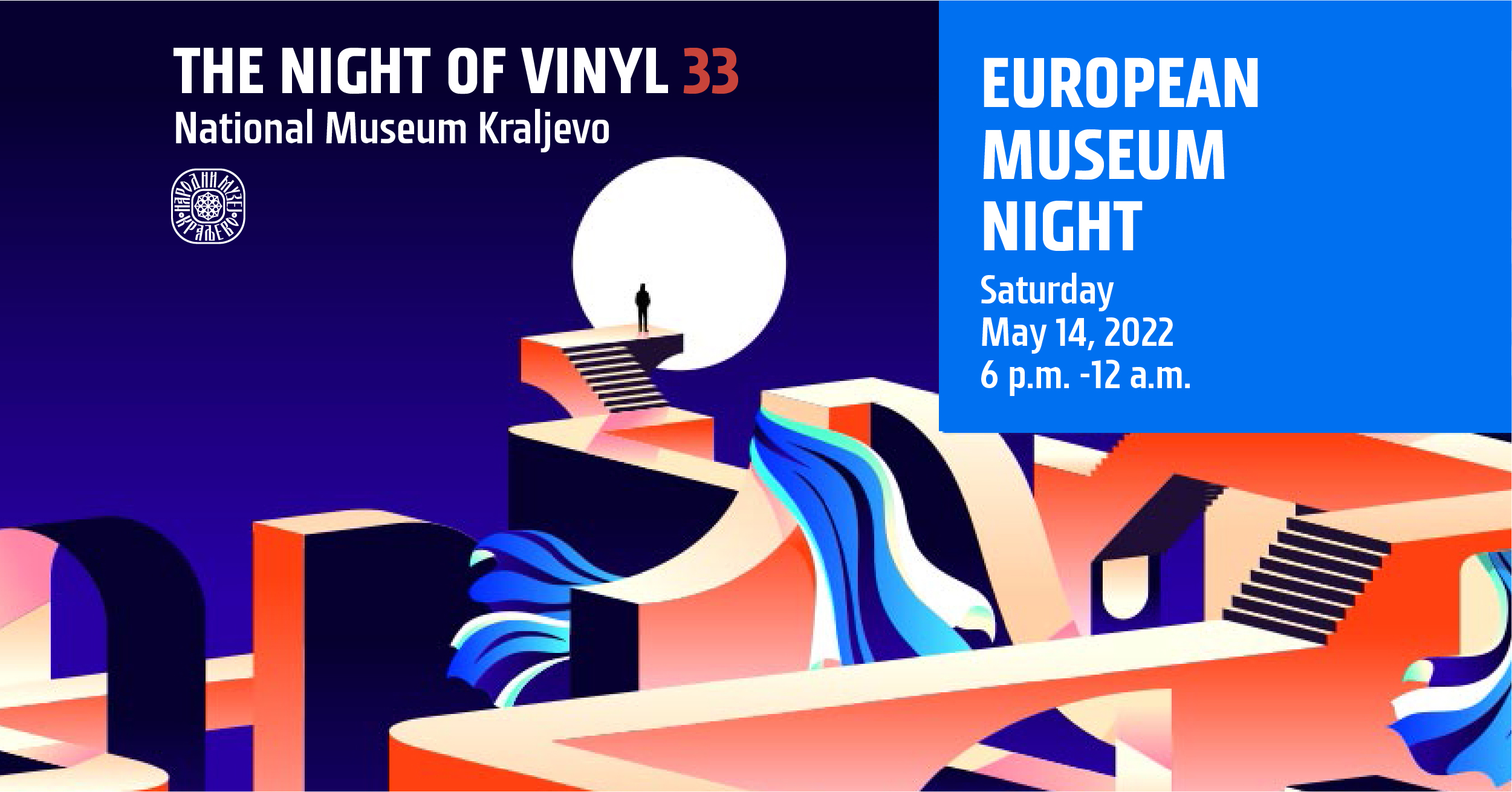 The program of the European Museum Night at the National Museum in Kraljevo this year was inspired by the exhibition “LP – History of the Gramophone and the Golden Age of Records”. In addition to the exhibition itself, the public can actively participate in the record exchange, on the Square in front of the museum building. Concerts of two rock groups and a performance by a popular DJ are being organized, who will “return to the audience by playing the gramophone” in the years of the biggest expansion of LP at 33 rpm.

LP – History of the Gramophone and the Golden Age of Records 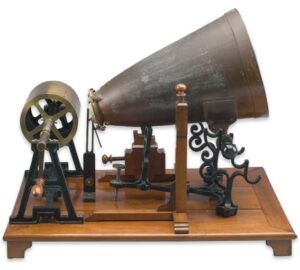 Like a time machine, this exhibition takes the visitors through the slightly forgotten world of records. The display extremely attractively and thoroughly presents the history of development of gramophones, records, different styles of popular music as well as their social and aesthetic contexts during the 20th century. Through this type of material, the exhibition introduces us to the world of popular music of different styles, as well as their social and aesthetic context during the twentieth century. A special part of the exhibition refers to the first gramophones and gramophone records in Kraljevo, which were procured from Western European countries, but also from Yugoslav factories. The audience will find out who the people of Kraljevo were who recorded gramophone records and which radio stations and shows influenced the formation of the musical taste of their listeners. There is a story about the first discos and clubs, the people of Kraljevo had fun, which gramophone record stores existed in the town on the Ibar and how the sound recorded on vinyl has survived to this day. 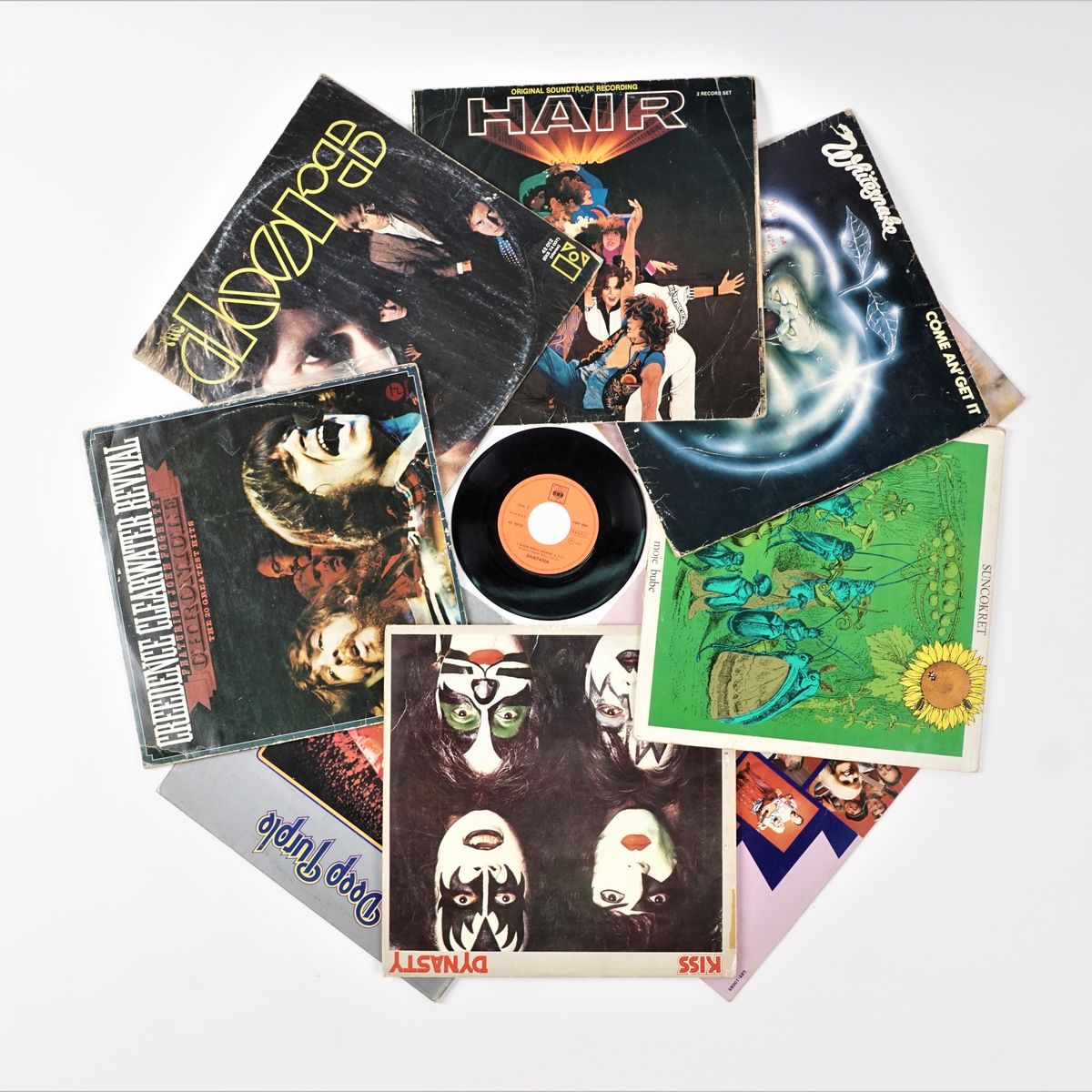 Gramophone records, second half of the XX century, History Collection of the National Museum Kraljevo.

The programme is intended to be an open record exchange aiming at allowing collectors and lovers of the old sound reproduction technology to present their collections. We would like to invite all fans of “vinyl crackling“, record players, audio equipment, original and rare editions of records to join this action! Refresh your memories, exchange your views, musical tastes and affinities, and perhaps find exactly those records lacking in your collection! The record formed the cultural identity of whole generations. All of them unanimously state that listening to the sound from a record player arouses special emotions! Although nostalgia and technology do not seem to go together, all technological breakthroughs, which at first provoke resistance and even fear, with further technological development move into the category of “old”, “good”, “known” and “safe” things which remind us of comfortable past times. Meet the nostalgia of the record market on Vinyl Night at a good, old 33 rpm!

The Kraljevo bands which have been existing on the music scene for decades, playing and keeping rock ’n’ roll sound consistently and devotedly. Despite the trendy music production, whose primary goal is commercial value, two cult bands from our city send a message that “Creating and playing music is a way to express themselves and show that peace, love and happiness are the main principles of life…”! The Museum Night will be an occasion to remind ourselves of those slightly forgotten life goals and universal values. 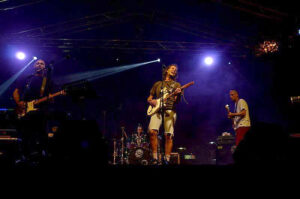 Concert of the Group “Children’s Joy” at the Handball Stadium “Metalac” in Kraljevo.

“Children’s Joy” is a band from Kraljevo, formed in 1994, by Igor Arsenijević (guitar and vocals) and Sasa Kivić (drums), and soon joined by Danilo Jagodić Jagoda (bass guitar). They perform reggae music and have had many concerts in all major cities in Serbia. At the first major reggae festival in Yugoslavia, on December 15th, 2000, they performed under the name “Reggae Wintersplash” as the backing band of Jamaican poets Ras Shaddu. They often perform as the Bob Marley`s Tribute Band, performing their Marley arrangements. For the members of the group “Children’s Joy”, the ghetto is not a cruel part of cities, but the ghetto is in our heads and can be abolished in many ways, and they strive to do that with music … Creating and performing music is their way of expressing and showing that they are peace, love and happiness are the basic principles of life… By playing they want to share their feelings and help people find themselves in a natural and wonderful way… By playing, they keep the spirit of reggae music alive, despite the dominance of electronic and primarily commercial music on the domestic and world stage… 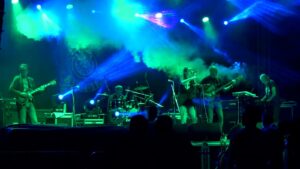 Concert of the Group “Gamma Ray” in honor of the Moto Club “Kings“ in Mataruška Banja.

Kraljevo rock band “Gamma Ray” was founded back in 1981 and has been active on the music scene for almost a decade. A great comeback followed in 1997 with the recording of the album “Poison and Cure”, with eight original songs. The album had a successful concert promotion, but a new ten-year break followed. The younger generation of rock fans could hear them on January 2nd, 2011 in the Kraljevo Sports Hall as a prelude to the legendary Dado Topić, as well as at the festival “Happy Center” in 2012, where they performed with bards Ex-Yu scene: Atomsko Skloniste, YU-Group, Time, Gaul, Wild Strawberries, etc. In the same year, the group was the host of the “Guardians of Rock and Roll” event when they presented their project “Bible of Rock”. They have been playing in squares, clubs, and motorcycle rallies for forty years. “Gamma Ray” also has several original songs, and the last “Kings on Two Wheels” was made as an anthem to the Kraljevo Moto Club “Kings”. Their repertoire includes: Deep Purple, Whitesnake, Rainbow, Pink Floyd, Free, T-Rex, Eric Clapton, ZZ top, Jetro Tull, Rolling Stones, Doors, Led Zeppelin, Cream… Band members are: Milan Đokić Mikac (guitar), Marjan Capuder (bass guitar), Miroslav Radojičić Munde (drums), Dragan Todorović Toša (keyboards), Gordan Štavljanin Štavljo (vocals).

Peđa Todorović, one of the most important DJs in our country, has been involved in music for over 25 years, during which he had many residencies, radio broadcasts on national territory and guest appearances. In addition to all that, he is the owner of a significant collection of vinyl. He was born in Kraljevo, where he took the first steps that led him to his future profession, from birthday celebrations in company with music from cassettes, through the first significant residency in the then Rock Club and the first serious job in the mixer of “Globus” radio. The love for vinyls leads to the creation of the new organization “Intelligent People” (not a mistake), which takes over the organization of the first major raves in Kraljevo, in the House of Social Stages at the club organization and in the city club organization of the club. There is a significant development of the club scene in places such as Leonardo, Špilja, Exit, Urban, Theatre and, along with Belgrade, Novi Sad, Subotica and Niš, Kraljevo was considered one of the most important countries. The expansion of rave culture brings Peđa Todorović his first guest appearances (Kragujevac, Belgrade, Vrnjačka Banja, Niš), after which his career moved towards a music and country club and almost all national performances.

Since modern musical expression implies the concept of “playing the gramophone”, Museum Night will be an opportunity to “spin” many great hits on vinyl! Modern media and the creativity of DJ Peđa Todorović will make his beloved hits sound like completely new things.

47th Children’s May Art Salon – Motif from the Ibar River 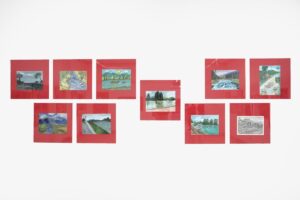 On the occasion of marking one hundred years from the birth of painter Miodrag B. Protić (1922–2014), the 47th Children’s May Art Salon has the theme “Motif from the Ibar River“, reminding us of one of the earliest Protić’s paintings kept at the National Museum Kraljevo. Miodrag B. Protić was one of the most significant Serbian painters of the 20th century, an art critic and the first director of the Museum of Contemporary Art in Belgrade. He finished grammar school in Kraljevo, in our today’s museum building. Being a talented student, he had his first exhibition organized here, and his painting “Motif from the Ibar River“ is connected with that part of his life.