Exhibition “Down the Road with a Carrying Pole” Opened 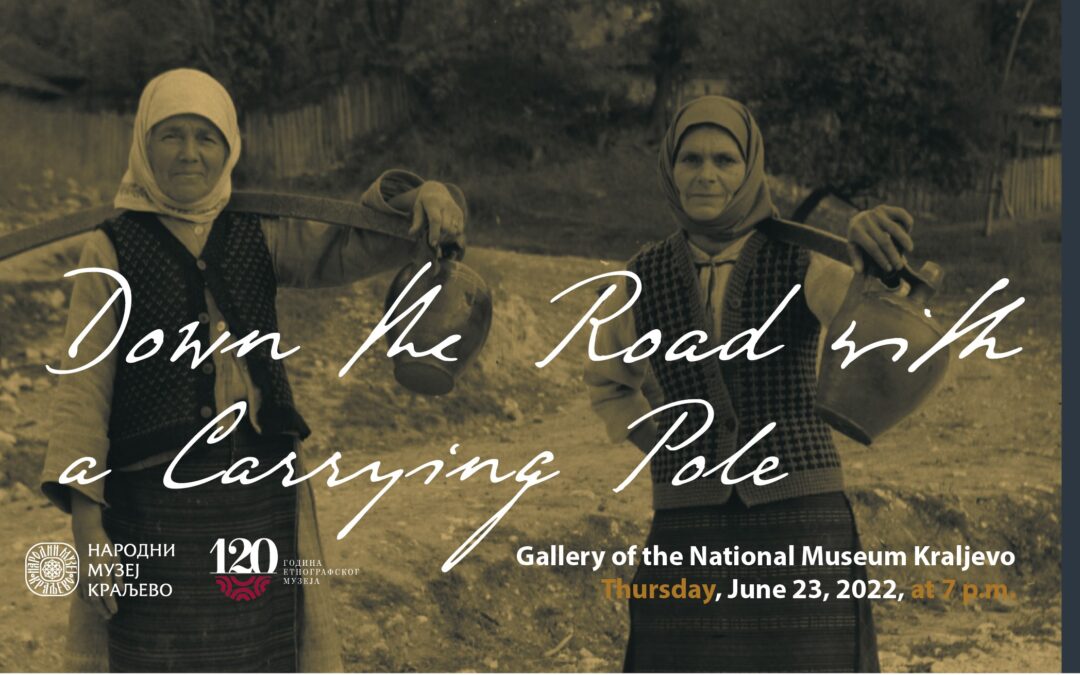 She mentioned that the exhibition was opened on the occasion of marking the 120th anniversary of the Ethnographic Museum in 2021. She pointed out that Marko Stojanović managed to show how one, seemingly ordinary and seemingly uninteresting object, such as a carrying pole, is not just a tool that serves to transfer the load, but a perfect combination of male and female principles. If it was the woman who used it on a daily basis, it was the man who made and decorated the carrying pole. The author, Marko Stojanović, PhD, museum advisor of the Ethnographic Museum in Belgrade, spoke about the concept of the exhibition “Down the Road with a Carrying Pole”.

He emphasized three central exhibits, which speak of the roads to him, to her and to them. The middle carrying pole is made of a noble oak tree, which is considered to be a shady tree and that the souls of ancestors live in it. It is extremely well designed, and the husband made it to his wife’s honor, for the situation when she takes the goods to the market, that is, goes public. Through this beautiful object, a woman not only shows off her household and her goods, but also her husband. He made a carrying pole from a good wood so that the shadowy forces that rest in it would protect her, and to make her proud when she passes through the city, similar to how pieces of clothes, shoes or a car play that role today.