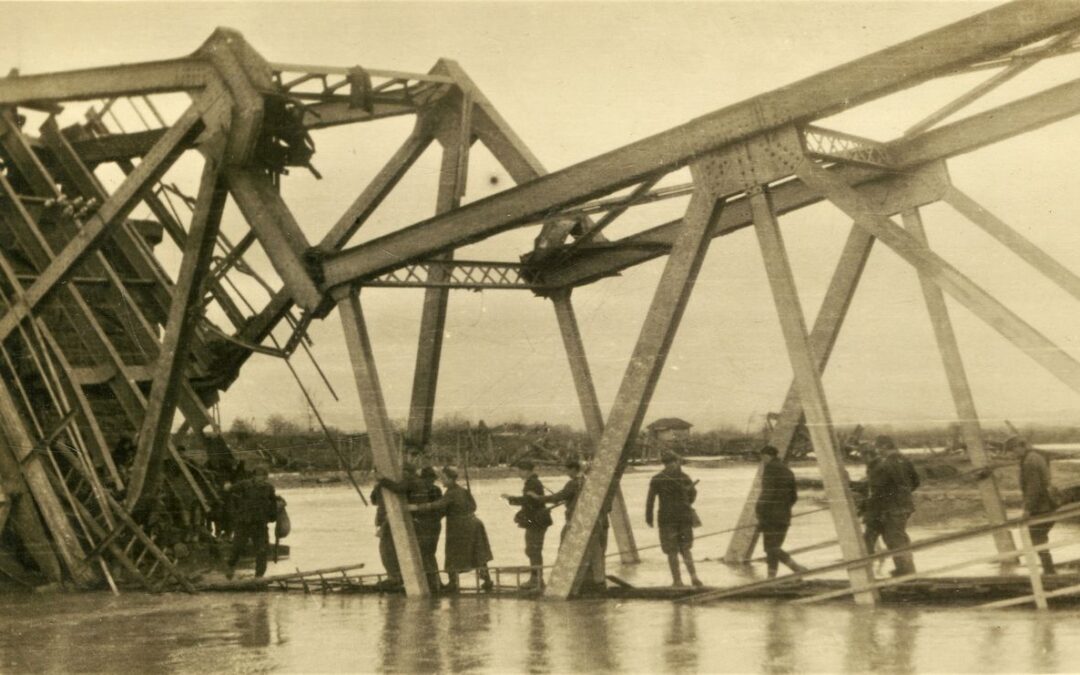 After the rapid penetration of the Red Army into the territory of Yugoslavia, Niš and Belgrade were liberated in October 1944, which made it difficult for the German Army Group “E” to withdraw from Greece in the direction of Thessaloniki-Skopje-Niš-Belgrade. Kraljevo thus reached the main route for the withdrawal of German forces from Greece, by the Ibar Valley and the West Morava, and its strategic importance grew because the city was an important railway hub, with a station and a network of tracks for shunting trains organized system of communication with the disposition center, from which the railway traffic on the line from Lapovo to Kosovska Mitrovica and from Kruševac to Čačak was managed. All this conditioned the area of Kraljevo to become the center of significant war events in the fall of 1944.

The evacuation of the German Army Group “E” began on October 2nd, 1944. The Southeast Command issued an order to defend Kragujevac, Kraljevo and Čačak at all costs. This was especially true of Kraljevo, where a 35 km long bridgehead was formed around the city, whose defense was entrusted to the Wehrmacht’s 34th Army Corps, commanded by Lieutenant General Friedrich Wilhelm Miller, after whom the corps was named. As early as October 15th, the command post of the “Miller” Corps was moved from Kragujevac to Kraljevo, and the 13th and 14th Regiments of the 7th SS “Prince Eugene” Division, combat group of the 297th Division, and “Fisher” Group 117 divisions joined the defense of the bridgehead, complete 724th Infantry Regiment, 654th Artillery Regiment, one company of tanks, and forces of the 104th Hunting Division, one motorized division “Daniel”, 1001st Fortress, convict, independent battalion, one battalion of sailors and one battalion 359th Infantry Regiment. The German command expected that the main attack of the Red Army and National Liberation Army of Yugoslavia units would be directed towards the bridgehead, which was therefore well fortified, which is confirmed by the fact that the number of occupying soldiers stationed in Kraljevo and its surroundings was always moving during October and November 1944. between 20,000 and 30,000.

On the side of the liberators, the 223rd Division of the 68th Corps, the 3rd Ukrainian Front of the Red Army and the 2nd Proletarian Division of the 14th Corps of the National Liberation Army of Yugoslavia, consisting of the 4th Montenegrin Brigade, the 3rd and 6th Serbian Brigades and the re-established “Jovan Kursula” Detachment, composed mainly of residents took part in the battles around Kraljevo. Later, on November 14th, units of the 25th Division arrived. National Liberation Army of Yugoslavia units numbered about 5,700 fighters, while there were 5,000 Red Army soldiers.

The first clashes began on October 16th, 1944 with clashes between the 3rd Serbian Brigade of the National Liberation Army of Yugoslavia and the 7th SS Division “Prince Eugene” near Čukojevac, 10 km east of Kraljevo, while on October 20 they gained more momentum, but the Germans were still not suppressed from their positions.

Then, on the night between October 21st and 22nd, after the attack of German units on the positions of the partisan forces in Čukojevac, a counterattack followed, in which two battalions of the 3rd Brigade and the 2nd Proletarian Division took part. The fighting continued in the following days, with low intensity and without significant changes in the front line, because German units on the left bank of the Gruža protected the retreat with their forces that were withdrawing from Kragujevac. During October 26, units of the 3rd Serbian Brigade attacked the Vitanovac-Šumarice-Velika Borča-Mala Borča front line. Success was achieved only by capturing Mala Borča. 21.

On the other hand, the 4th Proletarian Brigade reached the village of Vrba on October 19th, and took up positions, and by October 28th, this brigade managed to reach the slopes of Mount Stolovi with its right wing, southeast of the Žiča Monastery.

Plans for a decisive attack by the liberators on the Kraljevo bridgehead were postponed with the departure of the 52nd and the arrival of the 223rd Red Army Division. At the beginning of November, vital traffic communications for the evacuation of Army Group “E” were still under German control. According to Sredoje Urošević, the Soviet command was well acquainted with the strength of the German forces in the withdrawal and based on that, it assessed that the available liberation forces were insufficient to achieve the goals of complete encirclement and destruction of German units. Efforts were made to at least contribute, as much as possible, to the suppression of the enemy.

After the successful withdrawal of most German troops from Macedonia and Kosovo and Metohija, the Kraljevo bridgehead lost its former strategic significance by November 17th. However, the fighting continued, and on the night between November 23rd and 24th, two brigades of the Second Proletarian Division cut off German traffic between Kraljevo and Ušće, near the villages of Zamčanje and Cerje, and the 3rd Serbian Brigade between the villages of Mataruga and Mataruška Banja on November 24th, and the very next day, managed to cross to the left bank of the Ibar and occupy a position in the village of Progorelica. 23.

On November 25th, German troops began a planned withdrawal from Kraljevo and the surrounding area and the systematic demolition of military, commercial and traffic facilities. However, as the high-water level west of Čačak destroyed the bridge, the evacuation was postponed for two days. In the early morning hours, on November 28th, the attack of the 3rd Serbian and 4th Proletarian Brigades, which were forcing the Ibar, in cooperation with the units of the Red Army, began. Units of the 1041st Regiment of the Red Army operated and advanced in their sector. The next night, November 28th/29th, the city was completely under the control of the liberators. Thus, ended the operation to liberate Kraljevo, which lasted 42 days. On November 29th, the residents of Kraljevo welcomed the first day of freedom. The next day, the liberation army, together with the people, paid tribute to the executed in mass retaliation in October 1941.

The liberation of Kraljevo was met with irreparable human and material losses, without, as the sources say, buildings capable of accommodating the army, hospitals, schools, and public institutions. Kraljevo was not spared the great destruction, which the 34th Army Corps of the German Army, during the retreat, did on the railway infrastructure, the airport and all-important facilities. The remains of the Railway Workshop and two warehouses were mined by parts of the “Skenderbeg” division, and the withdrawal of units of the 7th SS Division to the left bank of the Ibar was followed by the demolition of bridges on that river.