Milena Pavlović Barilli – The Art of the Noble Spirit 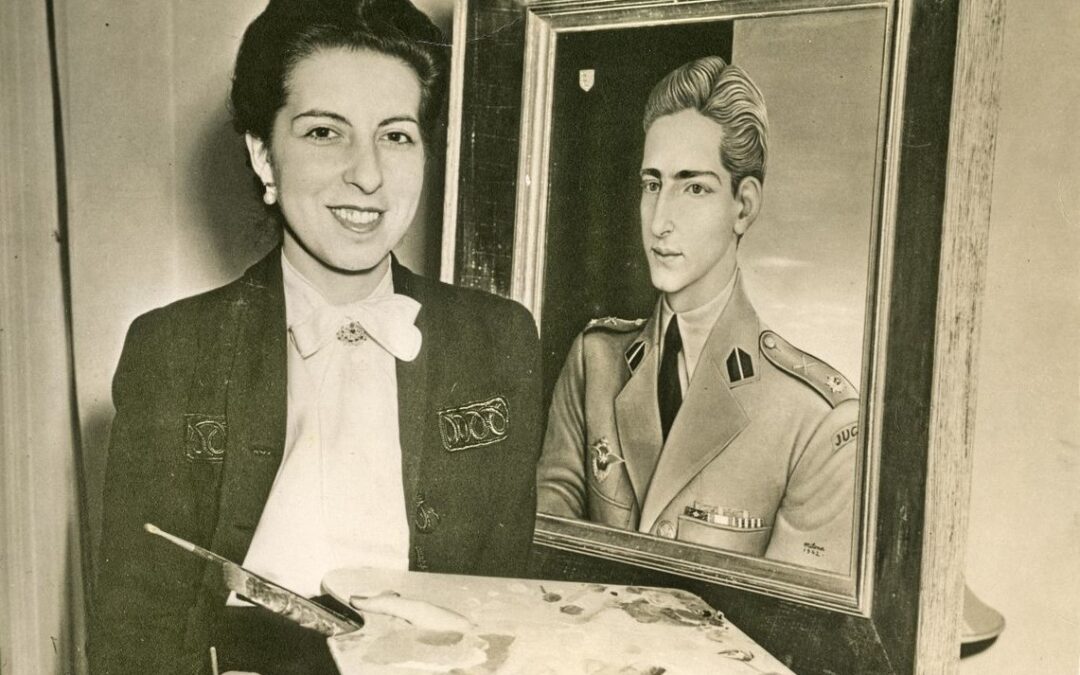 In the 19th and the first half of the 20th century, Serbia had three great female artists: Katarina Ivanović, Nadežda Petrović and Milena Pavlović Barilli, as the author Lidija Merenik pointed out in her text entitled “Milena Pavlović Barilli: The Portrait of a Lady”. She was placed in the official historical-artistic order of Serbian art only posthumously, thanks to the initiative and legacy of her mother Danica Pavlović, and the understanding and actions of Miodrag B. Protić and Momčilo Stevanović.

Milena Pavlović Barilli was born in Požarevac on November 5th, 1909, and from an early age the family took care of her education and development of talents. The road will take her, as a girl, from Serbia and her native Požarevac to European cities: Parma, Rome, Pesaro, Bergamo and Nice. She was formed through upbringing, support, ambition, and discipline, which was provided by her mother Danica, uncle Boža, as well as her father Bruno Barilli. She enrolled in the art school in Belgrade in 1922 as a thirteen-year-old girl and graduated at the age of seventeen. She was taught by well-known art pedagogues and artists: Beta Vukanović, Ljubomir Ivanović and Dragoslav Stojanović. As early as 1927, she was admitted to the Munich Academy (Akademie der bildenden Kunste), where she studied with professors Hugo von Habermann and Franz von Stuck. The academy provided Milena with knowledge, but did not enable her to develop, so she made the decision to leave her studies. She organized her first solo exhibition in Belgrade, at the Journalists’ House in 1928, while living and working in Požarevac, where in 1929 she presented herself in “Krsta’s House”, the then building of the Elementary School. She became a member of the Lada art association and participated in group exhibitions in 1930 and 1931.

Her wish to be a drawing teacher in her country was rejected not only in Stip, Veles and Tetovo, but also in Požarevac. She left her hometown and since then has spent most of her life in Europe. She came to Serbia only occasionally, to visit her mother, and returned to the world of European art circles. Lazar Trifunović wrote that Milena assimilated several different cultures in her person: patriarchal Serbian, morbidly German, poetic Mediterranean, romantic Spanish, rationalist French; in it, as in a nurtured and developed intellectual, the dilemmas of the European spirit of the fourth decade intersect in their sharpness.”

The very top of artistic Paris, it seems, is almost enchanted by Milena Pavlović and her artistic achievements. De Chirico recognizes in it the direction of soft metaphysical painting, while Jean Casu writes her preface to the catalog. Andre Lot advises her to leave the portraits for later, and to use her imagination as much as possible. Paul Valerie himself, according to the testimony of his mother Danica, admits: “Milena, you paint better than I write.”

However, in 1939, the artist said goodbye to both Paris and Europe, as much because of the looming storm of war that loomed over Europe, so much because of her restless spirit, which lured her to embark on a great adventure called America.

At first, she had a hard time living in America, until she adjusted to the environment. She was tormented by nostalgia for Europe, her hometown and mother in distant Požarevac. World War II began, and in order to survive she was forced to work instead of painting, illustrating for fashion magazines such as: “Vogue”, “Town and Country”, “Charm”, “Glamor”, “House Beautiful”. “… Not forgetting the spirit of her paintings.

In March 1940, at the Julien Levy Gallery in New York, Milena organized her first “American” exhibition, which was a kind of promotion of her painting. In addition, she is working on the decor and costumes for the ballet “Sebastian” by Gian Carlo Menotti, which was shown in November 1944. Thanks to the success she achieved with the equipment of this ballet performance, Milena received an order to make decor and costumes for Shakespeare’s “Summer Night’s Dream”. She failed to fulfill this order because she died suddenly of a heart attack on March 6th, 1945, in her apartment in New York, at the age of 36. The urn with her remains was transferred to Rome on August 5th, 1949, and buried in the Testaccio Cemetery, where her parents were later buried.

Milena Pavlović Barilli’s rich work has been interpreted and described as soft surrealism, magical realism, meta realism or newer – learned art. However, as the already quoted Lidija Merenik points out: “Milena’s work is all that and nothing of everything at the same time, because it doesn’t matter anymore. Because she is, truly and only, a modern mannerist. She is extremely gifted, imaginative, independent, skilled, sensitive artist. She is a painter-poet. Melancholic. Anxious intellectual. Parmigianino of her epoch “.

Thanks to the wishes of her mother Danica Pavlović and her gift of Milena’s artistic legacy to the Serbian people, with the efforts of Miodrag B. Protić on June 24th, 1962, the Gallery of Milena Pavlović Barilli was opened in Požarevac.

My dear mother… The most beautiful sunset is in our garden in Požarevac. People think that only in bygone times did I look for patterns for my paintings, and they emerged from the stillness of my childhood for grasses, clouds, birds, butterflies, for our fields and forests… In my imagination, our stories about fairies came together, which you told me, with the poems of Valerius, and the broken Roman sculptures and sarcophagi, which I watched with enthusiasm and admiration in the archeological sites near Požarevac, led me to the visions of Botticelli and De Chirico.