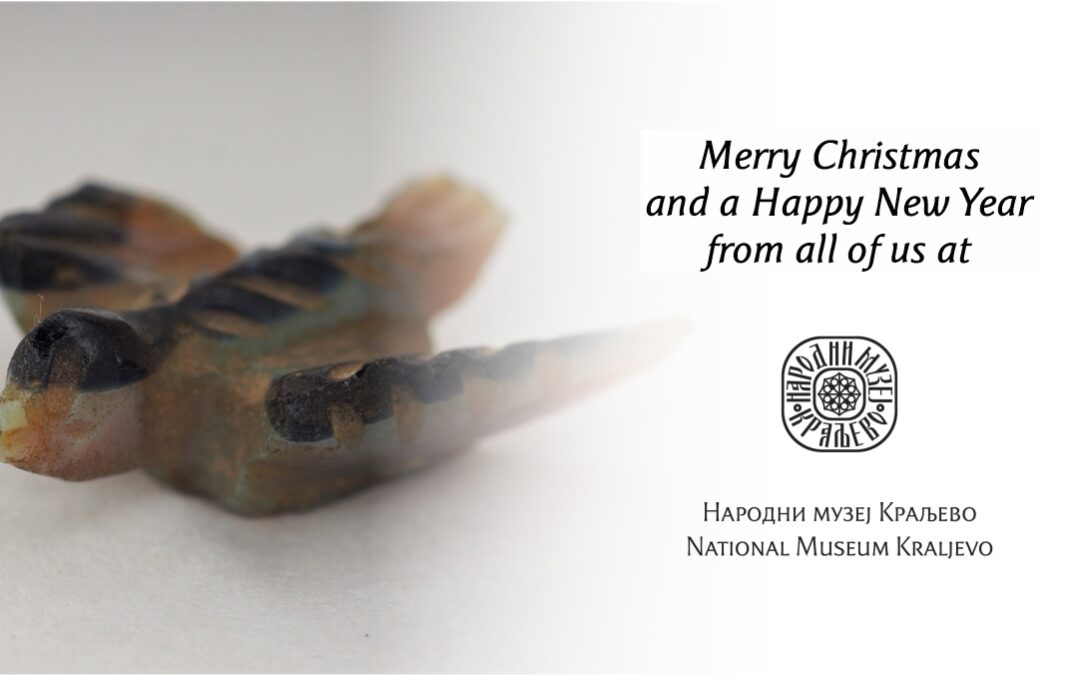 During the past 2022, in the Gallery of the National Museum Kraljevo, visitors could view both the museum’s own exhibitions and several carefully selected guest exhibitions. In the first half of the year, we had the first guest appearance of the City Museum in Subotica in our space, with the exhibition “LP – History of Gramophone and the Golden Age of Records”, where our curators also participated with a story from Kraljevo on this topic. During the summer, we hosted an exhibition from the Ethnographic Museum in Belgrade called “Down the Road with a Carrying Pole”, while in another area, during the same period, the audience could see the exhibition “Moravian Serbia Between Reality and Legend” of the National Museum Kruševac. The manifestation Žiča Spiritual Assembly “Transfiguration 2022” was opened with the exhibition of our central institution, the National Museum of Serbia, entitled “Beneath the Sky of Gold and Blue: Icons by Greek Master Painters from the 15th to the 19th Century of the National Museum of Serbia”.

From the field of contemporary artistic production, we highlight the exhibitions by Ivan Šuković “Felicità” and Vesna Vesić “Looking in the Rearview Mirror in the Snow Tunnel”. For the October festivities, the National Museum Kraljevo has prepared the exhibition “Raids – Punitive Expeditions of the Wehrmacht in the Villages of the Žiča Srez in 1941”, one of the topics related to the suffering of the civilian population, which until now has not been sufficiently in focus. At the very end of the year, the exhibition “Magic of Glass: Glassware from the Ethnological Collection of Household Furnishings of the National Museum Kraljevo” was opened on the occasion of 2022 as the International Year of Glass declared by UNESCO and which will last until February 15th of the following year. The exhibition is the result of the two-year participation of our institution in the work of the Expert Group for Glass at the National Committee of ICOM Serbia.

Publishing activity is always in our focus. During this year, preparations were made for the publication of the Census of Prince Mihailo from 1863 for Kraljevo and its surroundings, as well as monographs on the archaeological research of the Lojanik and Konarevo localities. In November of this year, we promoted the issue 20 of the journal “Our Past”, published by the National Museum Kraljevo and the Historical Archives Kraljevo, and continued to work on issue 21.

In August 2022, the second international scientific meeting “Publications in the Development of Society and State II” was held, which we organize in cooperation with the Faculty of Law of the University of Belgrade and the Institute for Political Studies in Belgrade. We owe special thanks to the dedicated work of Ljubodrag P. Ristić, PhD, retired senior scientific associate of the Institute for Balkan Studies of the Serbian Academy of Sciences, as a member of the Organizational Committee of the scientific meeting. The first part of this project was held in 2021 and was directly inspired by the four-volume work of Slavoljub Maržik, MSc, which deals with Karanovac and Kraljevo in the Serbian press from 1835-1918. The collection of scientific papers from the 2021 conference has been prepared for publication by the end of this year.

The collections of the National Museum Kraljevo have been significantly increased through gifts and purchases with the support of the Ministry of Culture of the Republic of Serbia and local government. A large influx of material into the Archaeological Collection occurred after the extensive excavations at the Neolithic site Divlje Polje in Ratina, carried out due to the construction of the highway route through the West Morava valley. Therefore, the conservation of ceramics was in focus this year, as well as the arrangement of the space for processing materials.

This year we also celebrated the jubilee, 140 years of the Kingdom of Serbia, when on that occasion, by decree of King Milan, our town changed its Turkish name Karanovac to Kraljevo. That’s why we have prepared a workbook for this year’s Name Day, “Name Day of the City of Kraljevo”, designed to present this important topic to children in a receptive and interesting way and can serve as a supplement to history material. The workbook can be downloaded from our website in pdf format. On the occasion of the jubilee, the first king of the new century, Milan, was the motif of our calendar for 2022, and his life was a year-round topic that we dealt with on the website and social networks.

During the year, we paid special attention to programs for children from the youngest, preschool age, through primary school, to high school students. Among the series of successful workshops, the “Road to Knowledge” program realized in cooperation with Zorica Janković from the Bookstore “Prozor” and the poet Miloje Radović, whose goal is the participation of children in promoting literary works for children and developing the museum audience, occupies a prominent place.

Realizing the growing importance of a presence on the Internet and bearing in mind the situation we found ourselves in during 2020 during the epidemic, which made classical methods of presentation impossible, we focused on a planned, organized presentation of our content on social networks and an expertly crafted website, which provides us with greater visibility and coverage, allows us to reach new users and present to a wider audience everything we do.

I would like to take this opportunity to thank my fellow citizens for the trust they have shown us in 2022. Also, I would like to wish them a happy and successful 2023 and invite them to visit us in our building, at Square of Saint Sava 2, as well as on our website and social networks.