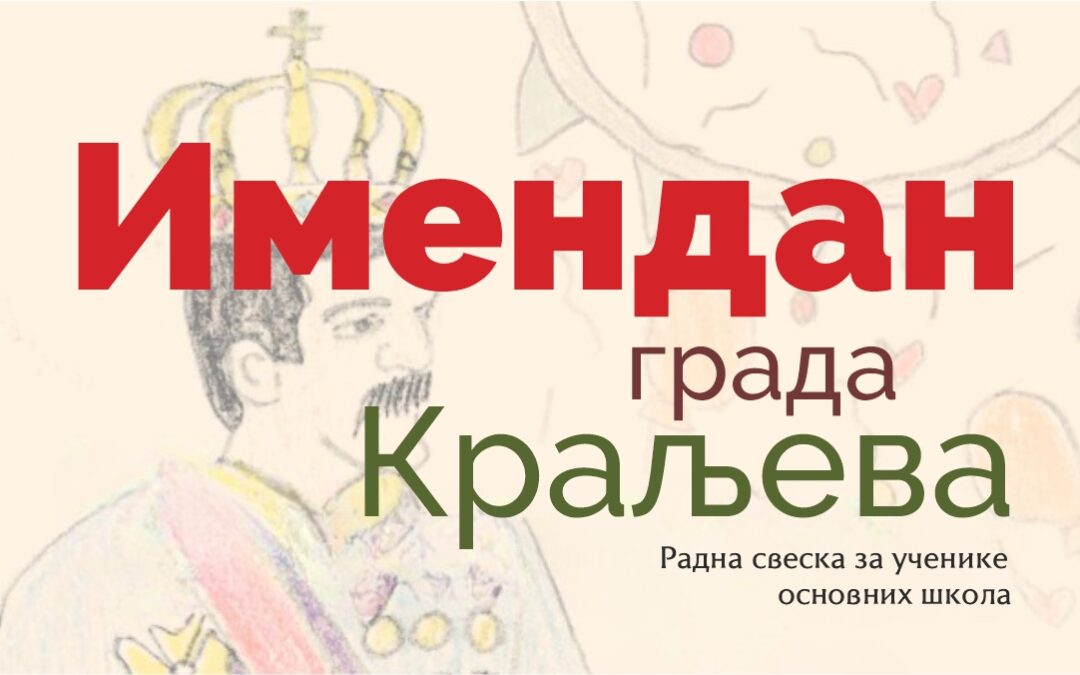 The year 2022 marks the 140th anniversary of the proclamation of the Principality of Serbia as the Kingdom, and Prince Milan Obrenović as King. The proclamation of the Kingdom in 1882 had the consequence of changing the name of the town at the confluence of the Ibar and West Morava, which changed its old Turkish name Karanovac from Kraljevo as part of the first modern Serbian king. At the request of the representatives of the municipality of Karanovac, King Milan approved the change of the name of the city on April 19th, 1882, according to the old calendar.

On this occasion, the National Museum Kraljevo prepared a workbook for primary school students, as a kind of story about the Name Day of the city, which is told by King Milan and curator Nemanja. The workbook is designed so that it presents this important topic to children in a receptive and interesting way. Illustrated with museum objects related to the Obrenović dynasty, and kept in the collections of the National Museum Kraljevo, such as photographs, money, medals, works of art, documents, postcards, books, magazines, and other items. The notebook is designed so that it can be used in teaching, as well as in various activities and workshops, and we hope that it can be interesting enough for children in their free time.

Since the City of Kraljevo celebrates its name day on April 19th, as part of the jubilee, the National Museum Kraljevo is donating a workbook to every child and teacher who visits the museum on this day.

We are also informing students, teachers and all interested citizens that they can download the workbook in pdf format on the website of the National Museum Kraljevo.