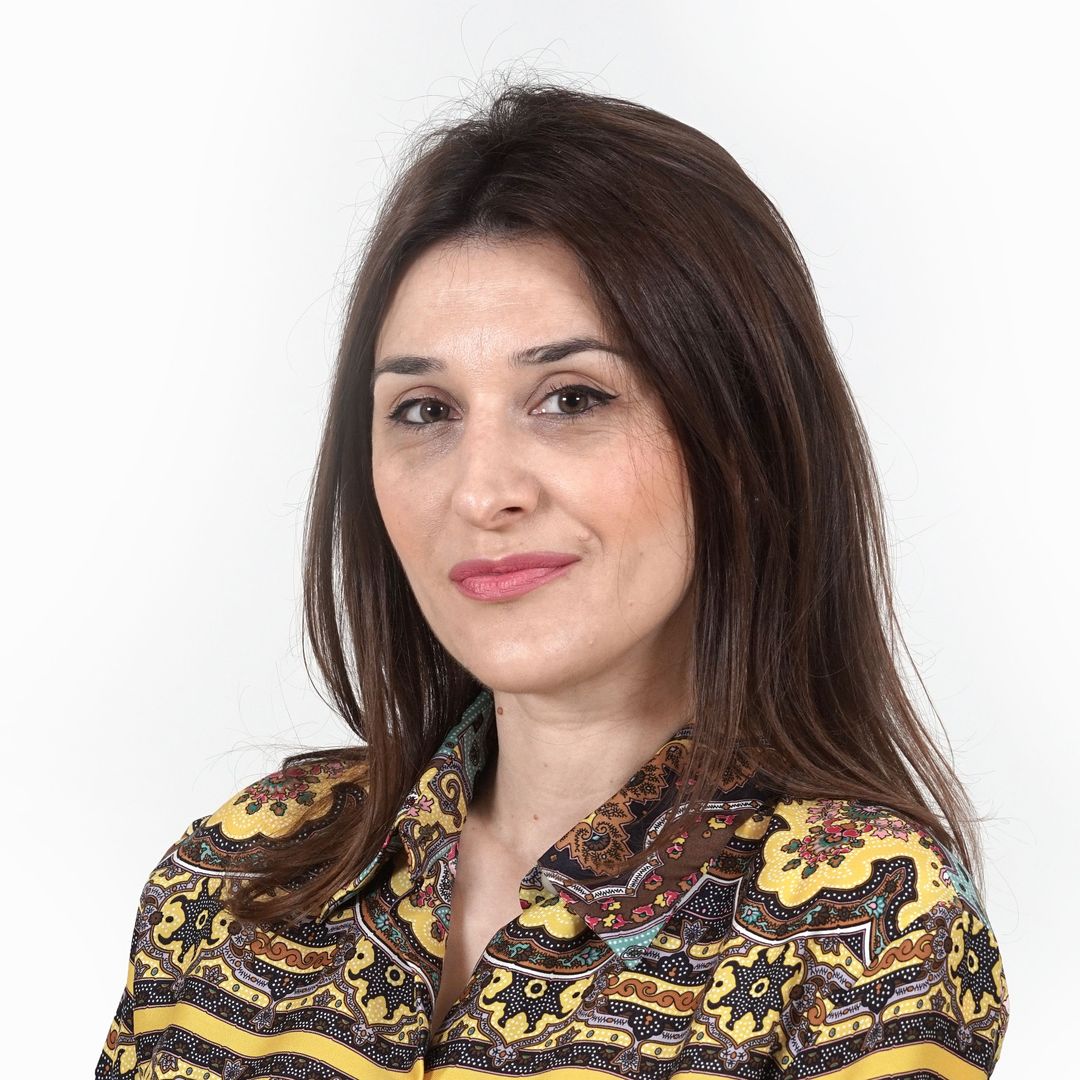 Violeta Cvetanoska (1978) graduated from the Faculty of Philosophy of the University of Belgrade with a bachelor’s degree in ethnology and anthropology (2009). She completed her professional practice in the Historical Archives in Kraljevo (2010), and at the end of the same year started working at the National Museum Kraljevo at the position of ethnologist responsible for intangible heritage. She earned the title Curator in 2012 and the title of Senior Curator in 2021. Upon starting work in the Museum, she joined the project “Intangible Cultural Heritage of the Republic of Serbia“, within which she carried out a number of field investigations, made a documentary film about stonemasonry in the surroundings of Studenica and submitted filigree craft for the List of Elements of the National Register of Intangible Cultural Heritage. She has worked on a number of exhibitions as the author and coauthor, where she has particularly dealt with the topics of ritual breads and rug making. She has participated in a number of scientific and professional conferences. As for her pedagogic work, she initiated Easter workshops in the Kraljevo museum in 2013, which have been regularly held since then, but she has also organised a series of other workshops connected with guest exhibitions. She has organised the Festival of Ethnological Film as a regular activity. She has held a continuous series of lectures on several occasions. She worked on the Permanent Exhibition in the Legacy of Olivera Radojković Čolović and later joined the elaboration of the monograph on the Legacy as one of its authors. She is a member of professional associations.

2017 – Whisper through Eternity – Kilims from the Ethnological Collection of the National Museum in Kraljevo, National Museum Kraljevo; author of the exhibition and short film: Violeta Cvetanoska.

Tour of the exhibition – 2018: Museum of Winemaking and Viticulture; Aleksandrovac.

Tour of the exhibition – 2015: Institute for the Study of Cultural Development in Belgrade,within the manifestation “European Heritage Days 2015”; 2016: National Museum Kragujevac, House of Prota Miloja Barjaktarović; Museum of Winemaking and Viticulture in Aleksandrovac.

2019–2020 – Research on the Novaković trading family from Kraljevo, Belgrade.

2013 – Within the research of old crafts as intangible heritage: bookbinding shop of the Plazinić family, Kraljevo.

2012 – Research – children’s games, within the exhibition project “Growing Up in Kraljevo in the 19th and 20th Centuries”, Kraljevo.

2012 – Research projectTraditional Culture of Serbs and Roma and natural disasters, research in Kraljevo villages Vitanovac, Sirča, Voljavca Monastery, Borač, in cooperation with colleagues from the Balkan Institute of Serbian Academy of Sciences and Arts, team member.

2011 – Within the research of old crafts as intangible heritage: Stonemasonry in the vicinity of the Studenica Monastery, the village of Godović, the stonemason families Dugalić and Kundović, the quarry in Godović; making a documentary (Cameraman Radivoje Živković).

2011 – Research of intangible and material culture of the village of Rudno, in cooperation with the Šekler family, Kraljevo.

2013 – At the Promotion of the entry on the List of Elements in the National Register of Intangible Cultural Heritage (National Register of NKN) in the Ethnographic Museum in Belgrade, in front of the National Museum in Kraljevo, Violeta Cvetanoska handed over the documents on the entry of the filigree craft on this list, on which it is entered under inventory number 7.

2017 – Jovan Cvijić – Ethnologist, lecture on the occasion of the exhibition “Belgrade Atlas of Jovan Cvijić” held as part of the event “Museums of Serbia, Ten Days from 10 to 10”, National Museum Kraljevo.

2015 – Bakery Craft as a Part of Intangible Cultural Heritage, lecture withing the manifestation “European Heritage Days” as part of the guest exhibition “The Story of Bread”, Institute for the Study of Cultural Development, Belgrade.

2020 – Promotion of the monograph Legacy of Olivera Radojković Čolović, authors Suzana Novčić, Violeta Cvetanoska, Mirjana Savić; National Museum Kraljevo, the publication was presented by: Dr. Nikola Krstović, assistant professor at the Seminar for Museology and Heritology of the Faculty of Philosophy, University of Belgrade and Biljana Crvenković, senior curator of the Museum of Applied Arts in Belgrade and authors.

2019 – Art workshop as part of the exhibition Tradition and Fashion: Women’s Shoes from the 19thand the Beginning of the 20th Century in the Collection of the Museum of Applied Arts in Belgrade, by Draginja Mascarelli. The workshop was realized in cooperation with the Art School from Kraljevo; National Museum Kraljevo.

2015 – This is My Hat, a creative workshop with primary school participants, as part of the guest exhibition Hat Fashion, by Aleksandra Rašević (National Museum Šabac); National Museum Kraljevo.

Since 2021 – Member of the Subcommittee for Glass of the National Committee of ICOM Serbia.

Since 2020 – Member of the International Council of Museum.

Since 2011 – Member of the Serbian Museum Association and whitin it Ethnological Section.