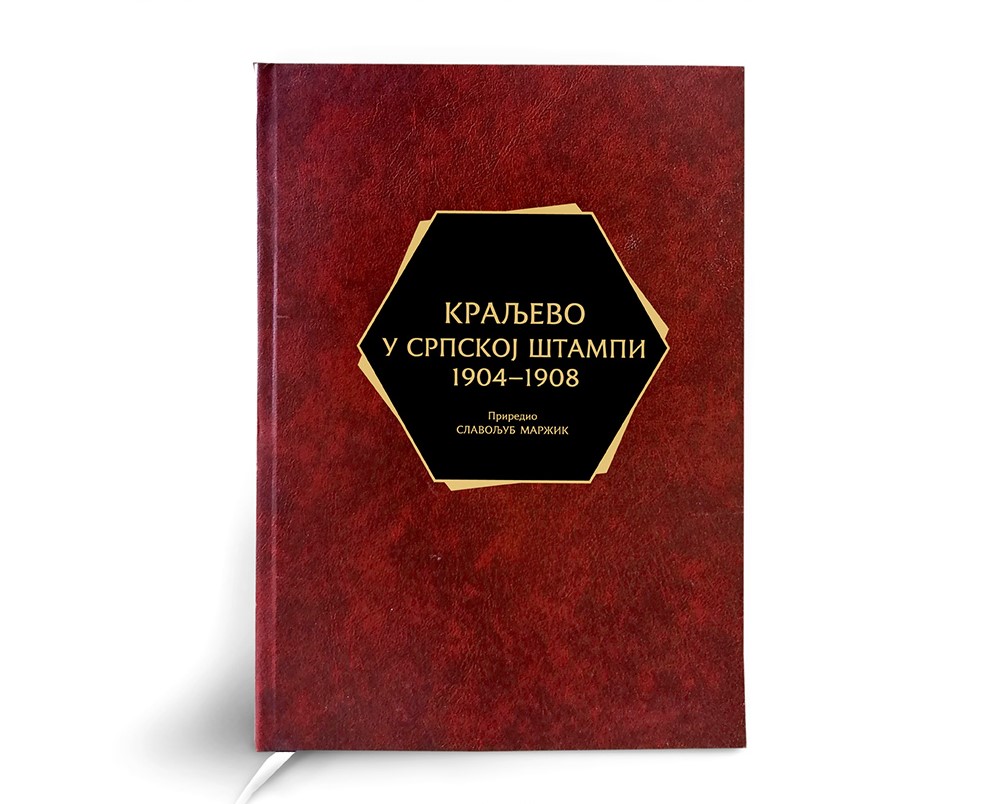 The promotion of the book “Kraljevo in the Serbian Press 1904-1908”, prepared by Slavoljub Maržik, will be held in the Gallery of the National Museum in Kraljevo, on Thursday, October 22nd, 2020, starting at 6 p.m. Historians Bojana Miljković Katić, PhD, Radomir J. Popović, PhD and Ljubodrag P. Ristić, PhD will talk about the book.

With the book “Kraljevo in the Serbian Press 1904-1908”, Slavoljub Maržik attaches the third tome to a kind of biography of Kraljevo, after the books “Karanovac in the Serbian Press 1835-1867” and “Karanovac and Kraljevo and in the Serbian Press 1868-1903” by the same editor. These are numerous events recorded on thousands of pages of preserved newspapers, which were published in Serbia in the period from 1835 to 1908. The end of the crisis caused by the Customs War, which culminated in the annexation of Bosnia and Herzegovina, closes the period from 1904 to 1908, which is a turning point for many events and temptations that Serbia will soon face, and is therefore taken as a chronological border. By the variety of topics and stories, as well as by the numerous important and unimportant events that the newspapers noted, this and previous books, certainly and documented testify to the times that this town went through in the 19th and in the first decades of the 20th century.

Among the numerous records, the Maržik family also found its place, which has been present in the common story of Kraljevo for more than one hundred and forty years. Proof of the mutual respect of Kraljevo and the Maržiks is the attempt to preserve the soul of the old town on the Ibar, among other things, with this book, in the belief that Kraljevo and the Maržiks left a sincere trace of life and evidence of mutual respect.