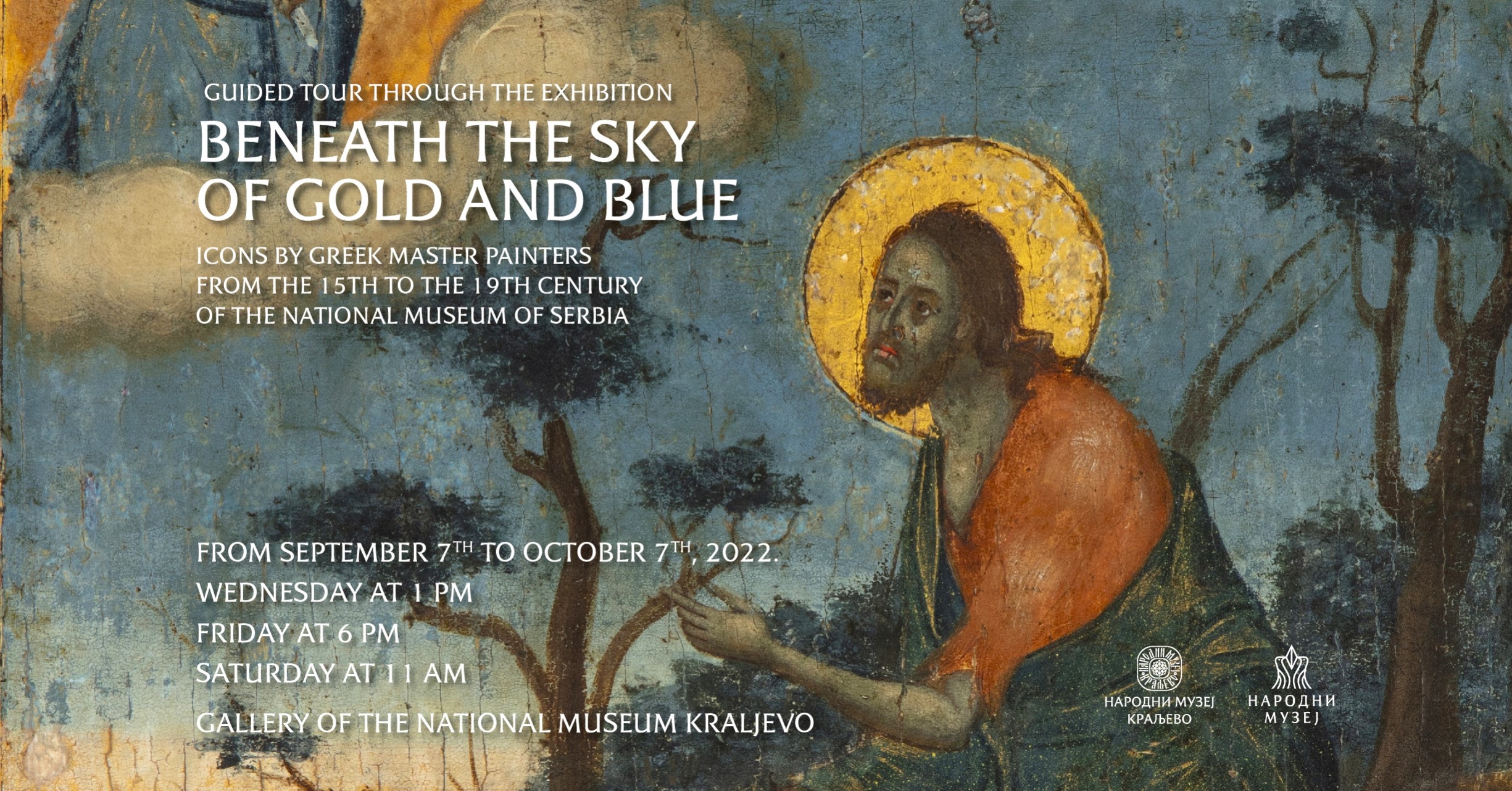 During the duration of the exhibition “Beneath the Sky of Gold and Blue: Icons by Greek Master Painters from the 15th to the 19th Century of the National Museum of Serbia” by Branka Ivanić, MA, museum advisor of the National Museum of Serbia, every Wednesday at 1 p.m., Friday at 6 p.m., and Saturday at 11 a.m., we are organizing guided tours for all interested visitors. Art historians Jovana Durman and Jelena Marković will guide you through the exhibition about Greek icon painters during the long period of Ottoman rule in the Orthodox area of the Balkans, the Adriatic and the Mediterranean.

The icons on display can come from the workshops or from the templates of famous Cretan painters such as Andreas Ritzos, Nikolaos Tzafouris, or Ieremías Palládas. Another group of Greek icons was created in the continental areas of the Balkans, then under the rule of the Turks. On them, one can recognize contacts with the works of the long-lasting and important Kostur school, whose achievements represent an important part of the total preserved painting heritage of the Balkans during the Turkish era. A special group consists of icons from the Holy Land.