Collection of Greek Icons of the National Museum of Serbia 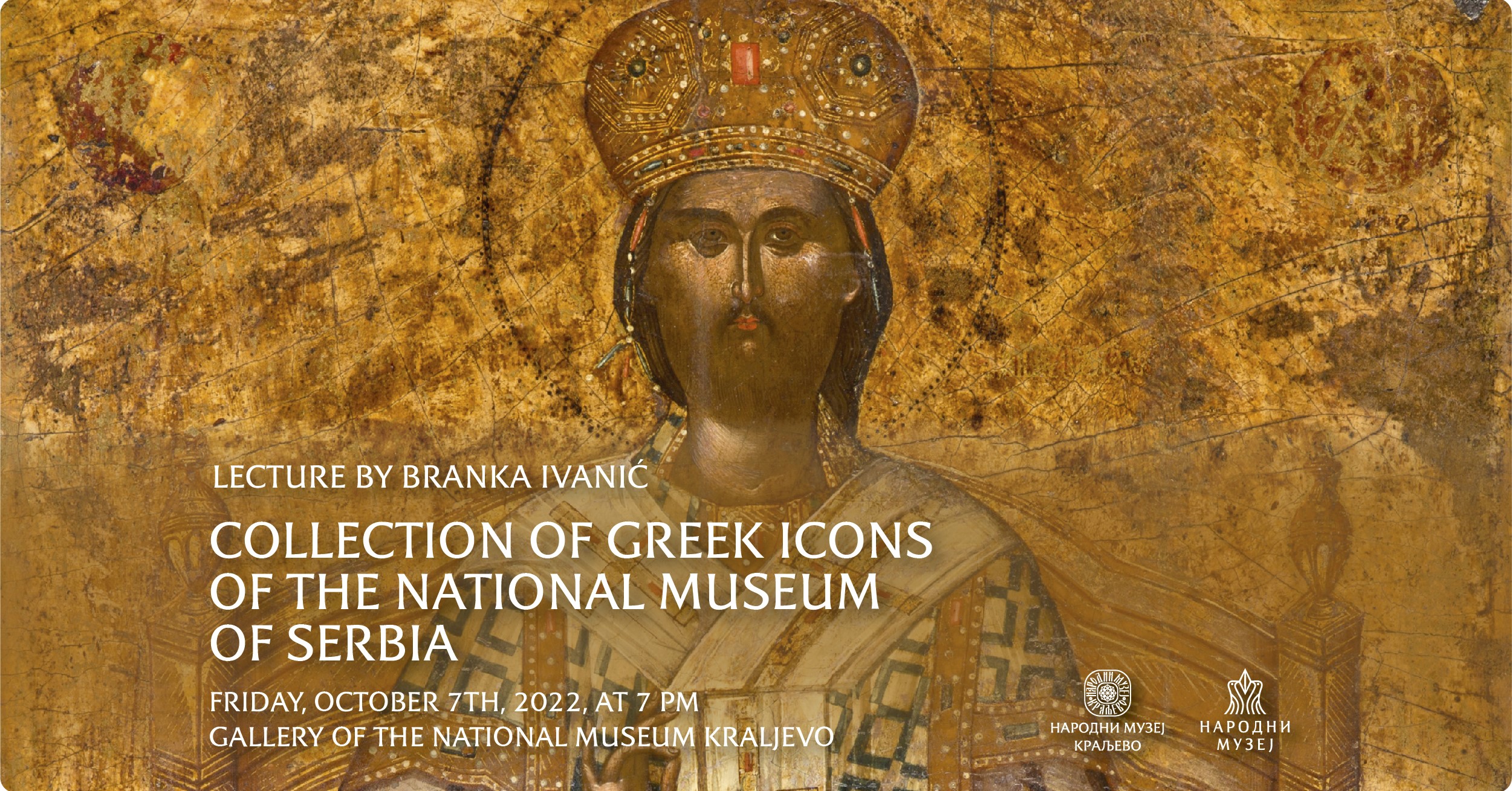 On the last day the exhibition “Beneath the Sky of Gold and Blue: Icons of Greek Master Painters from the 15th to 19th Centuries of the National Museum of Serbia”, a lecture will be held by Branka Ivanić, MA, museum advisor and author of the exhibition, entitled “Collection of Greek Icons of the National Museum of Serbia”. The audience will have the opportunity to hear a broader and more detailed story about the icons that can be seen at the exhibition and the Greek masters who created in the Mediterranean area during the four centuries of Ottoman rule over the Orthodox countries of the Balkans.

The icons from the Collection of the National Museum of Serbia were created to the greatest extent in the areas under the jurisdiction of the Greek Archbishopric of Ohrid or on the Adriatic and the Adriatic hinterland, the Greek bishops of Philadelphia based in Venice. The greater influx of Greek icons into the Collection took place to the greatest extent by purchase in the decades between 1950 and 1975, when Belgrade was the goal of migration processes from the southeast to a lesser extent, and from the western parts of SFRY to a very large extent. In those decades, along with other objects, five or more icons of the Greek cultural circle were acquired each year. Consequently, the largest number of icons with a known place of origin originates from those years. Only thanks to such a massive purchase was it possible to form a collection that reflects artistic events in the past when it comes to the respect and prevalence of Greek icons among Serbs, known heirs of Byzantine culture.

The lecture is held as part of Kraljevo’s Day, the day of the City of Kraljevo, when the Serbian Orthodox Church celebrates St. Simon, that is, St. King Stefan the First-Crowned, founder of Žiča.