Face from Eternity: Figure Drawing According to the Principles of Orthodox Church Painting of the 13th Century 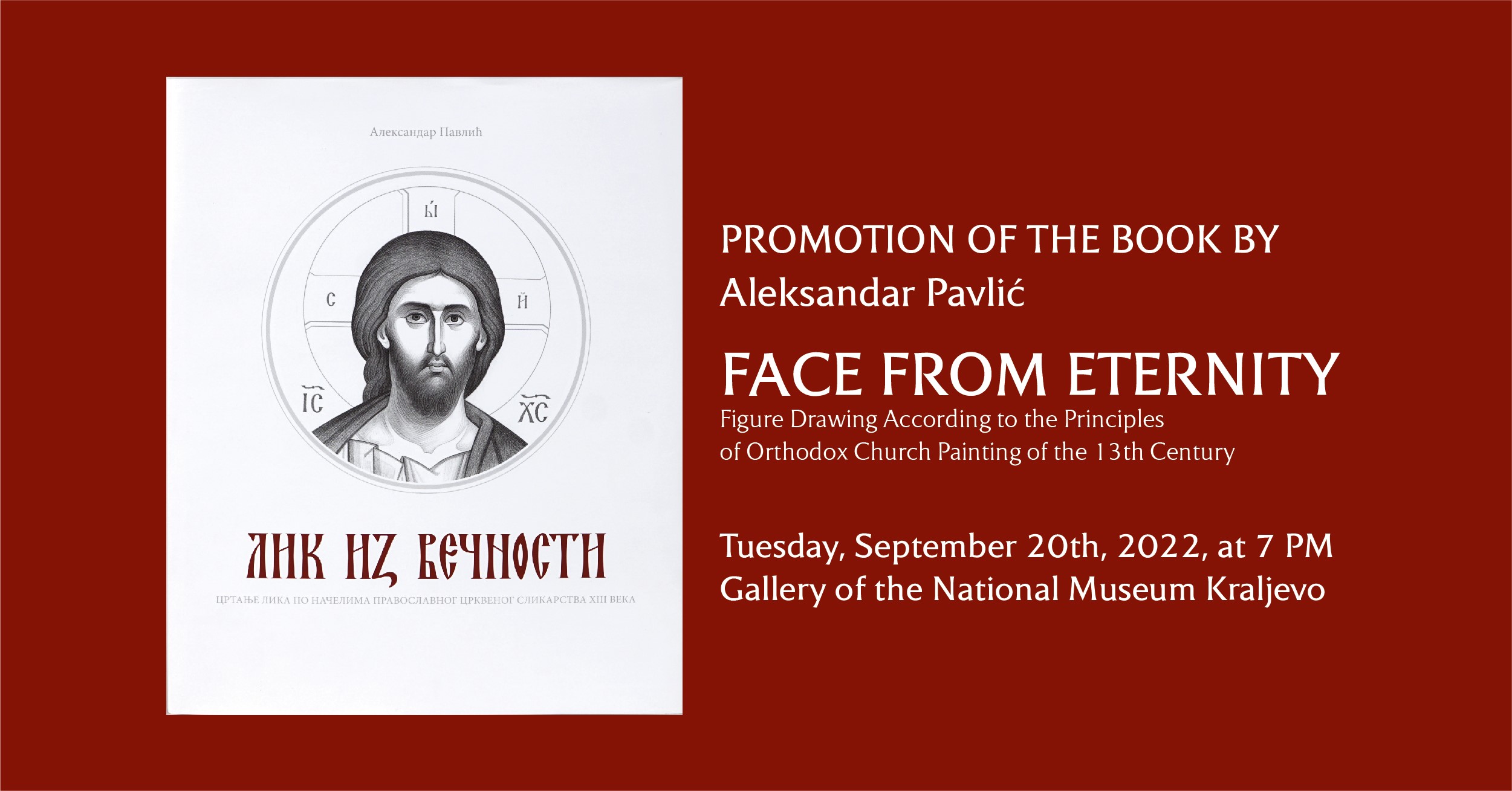 The book “Face from Eternity: Figure Drawing According to the Principles of Orthodox Church Painting of the 13th Century” by Aleksandar Pavlić, is a drawing manual with the focus on the process of drawing the human head and the figure of saints. Although it was written for beginners, the manual goes beyond this purpose, as a kind of comprehensive work in the field of iconographic drawing. A special part of the book consists of examples of paintings, primarily from the 13th, but also from the 14th century, from monasteries: Studenica, Mileševa, Sopoćani, Hilandar, Vatoped, Protat Church, Gračanica, Old Nagoričano, Church of the Virgin Perivlepta and other temples, which can help the user of the manual in learning.

Icon painting, or icon, is a type of liturgical language that vividly and faithfully expresses the teachings of the Orthodox Church. It is theology presented by drawing, colour, image, and form, in which simplicity is sought at the peak of expressiveness. The saints depicted on the icons and walls of the temples represent the artistic expression of the eschatological experience of the Church, as a community of all the saints, gathered around Christ at the Holy Mystery of the Liturgy.

Aleksandar Pavlić (1992) studied painting from an early age, with Zoran Eric and Vladimir Karanović, and at the School of Mechanical Engineering and Artistic Crafts “Tehnoart” in Belgrade, he attended the department of protection of cultural assets. He completed bachelor and master studies in painting at the Faculty of Fine Arts in Belgrade. After university, he perfected icon painting in the Klisura Monastery, with the nun Magdalena (Vujčić). He often stayed in the Svetogorje monasteries and the Sopoćani monastery, where he studied Orthodox painting. He is a lecturer at the icon painting workshop “Svetlost” in Lazarevac.